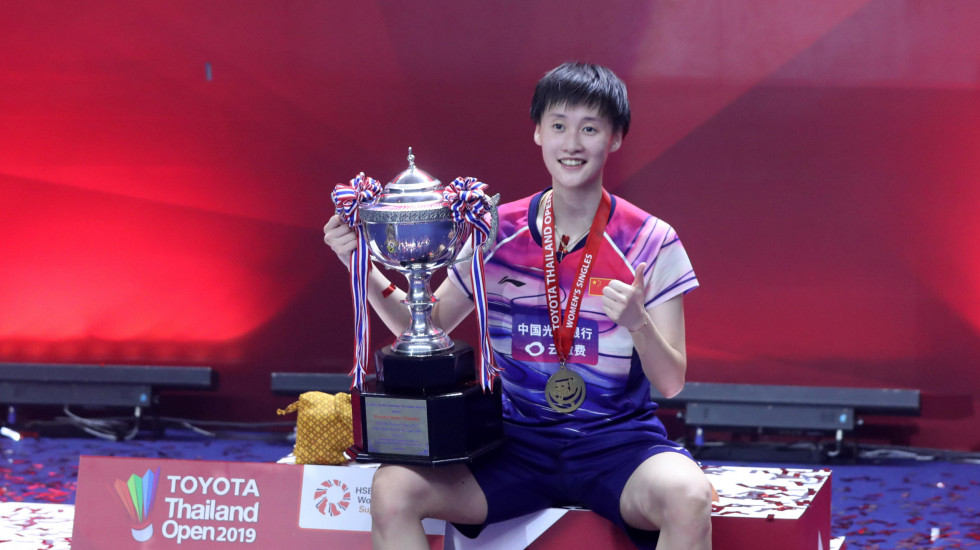 With three back-to-back tournaments coming to Bangkok next month, we examine which participant entered to the YONEX Thailand Open (12-17 January) and TOYOTA Thailand Open (19-24 January) has won the most titles on Thai soil in the last five years. We continue with women’s singles.

Chen really counts Thailand as her happy hunting ground, because glory has come her way in individual and team tournaments.

The 22-year-old was in the Chinese squad that triumphed in back-to-back Badminton Asia Junior Mixed Team Championships in 2015 and 2016, winning her women’s singles final against Hyang Im Kim the second year. It was also the edition when she won the individual crown by beating fourth seed Gregoria Mariska Tunjung 25-23 21-14.

Top seed Tai Tzu Ying has only competed once in Thailand – nine years ago at the SCG Thailand Open GP Gold 2011. The Chinese Taipei star went out in the Round of 16 to homester Porntip Buranaprasertsuk.