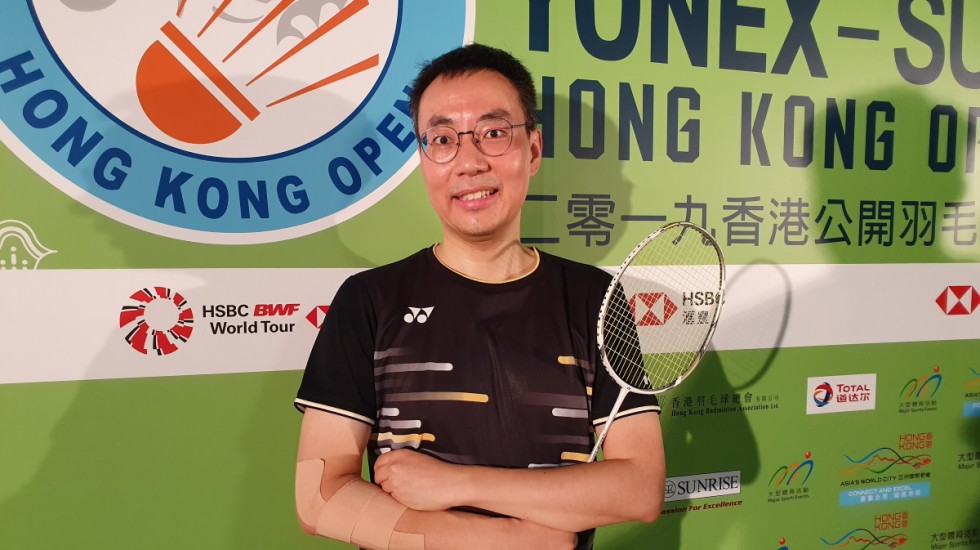 Late Arrival, But the Journey Continues

Jeffrey Lam wasn’t upset by his 21-2 21-2 loss in the first round of qualifying at the YONEX-SUNRISE Hong Kong Open 2019 last week. The Canadian’s campaign – if it can be called that – was over in just 13 minutes.

But then, Lam is no regular competitor. As a 43-year-old who developed a passion for badminton a few years ago, he is thankful for the opportunity of participating in a top-tier event. It is also about satisfying a deeper personal quest.

Until recently, Lam had little idea about badminton, except as an occasional recreational exercise with friends (“I couldn’t even hold a racket four years ago,” he says.)

After he quit his high-stress job in the aviation industry, Lam decided to spend time in more creative pursuits. He took lessons in dancing and sports, gravitating towards badminton when he found a coach.

“Previously, I enjoyed playing recreationally with friends, once a month. But when I resigned from my job, I had time, so I started learning badminton from my coach three years ago,” Lam says.

What started as a hobby soon turned into a serious pursuit. He entered the circuit with the Slovenia International last May, playing both singles and men’s doubles with his coach Wong Hin Shun. He went on to compete in International Challenge, International Series and World Tour events in Russia, Belarus and Macau; this year he has competed in Austria, New Zealand, Vietnam, Mongolia, Russia, Japan, Australia, Netherlands, Macau and Hong Kong.

And while his record isn’t particularly impressive – he has won two singles and one doubles match in all those tournaments – he is in this for a different reason.

“I fund myself. It’s hard, but I think it’s worth it. Because if I had started at 45, then it would’ve been even more late. After 50, you can’t run. I think if you’re allowed to play at any age, it’s a fair system. We do our best – if we lose, it’s normal, but at least you can run around and try a few shots.

“I watch the top players play and they are very nice to me. I’m odd for them, I’m a bit strange for them, they wonder how I started at this age. They show respect and that’s why I feel very good about it. It’s very rare that one plays (on the circuit) at my age.”

“I just apply for the International Series and International Challenge tournaments, for the Super 100, 300 and 500. I do register but usually there’s no chance. This (Hong Kong Open) is a rare case,” he says. “Sometimes I lose the flight tickets and I go back home.”

Lam is using his savings to fund his travel. He is thankful to his wife for the support; at the moment, he has given himself a couple more years of playing on the circuit before deciding whether to return to his aviation career.

“Badminton is a fun sport and I’m passionate about it. Although I started at a late age, I can still play. I will do my best, I still want to run and show my sportsmanship.”

The lesson he has to offer is – “If you have passion for it, do it.”

Popov Brothers: On a Badminton Journey Together 28 October 2020