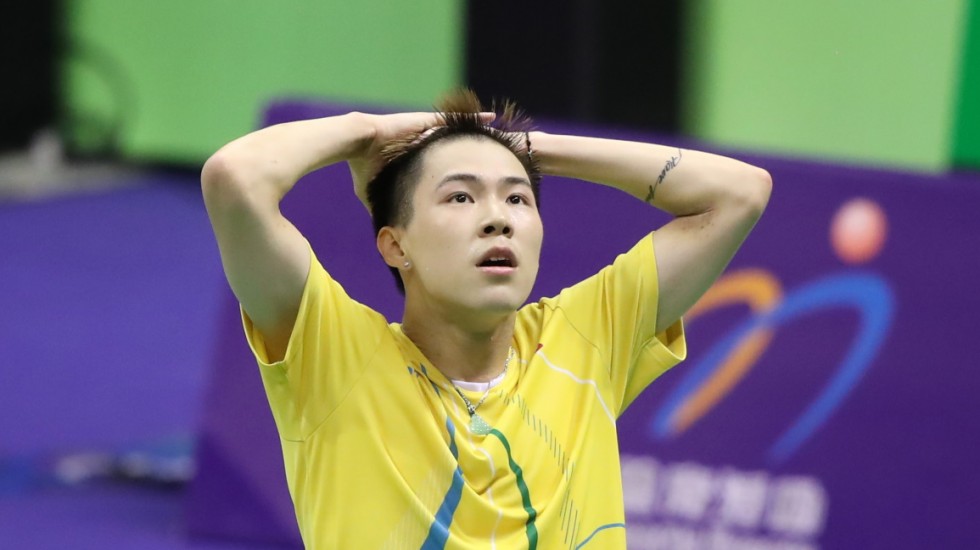 What a week it has been for Lee Cheuk Yiu! The 23-year-old authored another sensational upset today, beating Kidambi Srikanth for a place in the men’s singles final of the YONEX-SUNRISE Hong Kong Open 2019, the furthest he has gone at a major tournament.

It wasn’t just the result, but the manner of it, that left spectators giving him a standing ovation for several minutes after the match.

For a start, he was the definite underdog against a vastly more experienced opponent with several titles under his belt. As it turned out, it was Kidambi who wilted on the big stage, while the local lad just kept going even when the second game appeared tantalisingly out of reach.

The most intense drama unfolded at the end of the second game. Kidambi led 20-15; Lee saved all five game points. Twice more the Indian went ahead, only to be denied by his stubborn opponent. On the 42nd minute, Lee found the winning shot – 21-9 25-23 – which made him the second Hong Kong China men’s singles player since Ng Ka Long Angus in 2016 to enter the final of the tournament. Angus had gone on to win the title; whether Lee can follow him on the roster of champions remains to be seen.

The match had started on the best possible note for the Hong Kong China lad. He was up 10-1 in a trice, and from there for Kidambi it was a battle with his back to the wall. To his discomfiture, the same weapons that had bothered Axelsen in the quarterfinals did the damage – a loopy crosscourt drop that fell just clearing the net; a disguised slow drop that was used interchangeably with his full-blooded hits. Kidambi often found himself stranded.

“I was nervous going into the match, but when I saw that I was up 10-1, I realised he was even more nervous than me,” said Lee Cheuk Yiu.

“I’ve come to the Hong Kong Open since I was 13 years old and now I’m in the final! This win will give me a lot of confidence. This is my biggest final and it’s in my home town and it’s a great moment for me. Of course I’m very excited.”