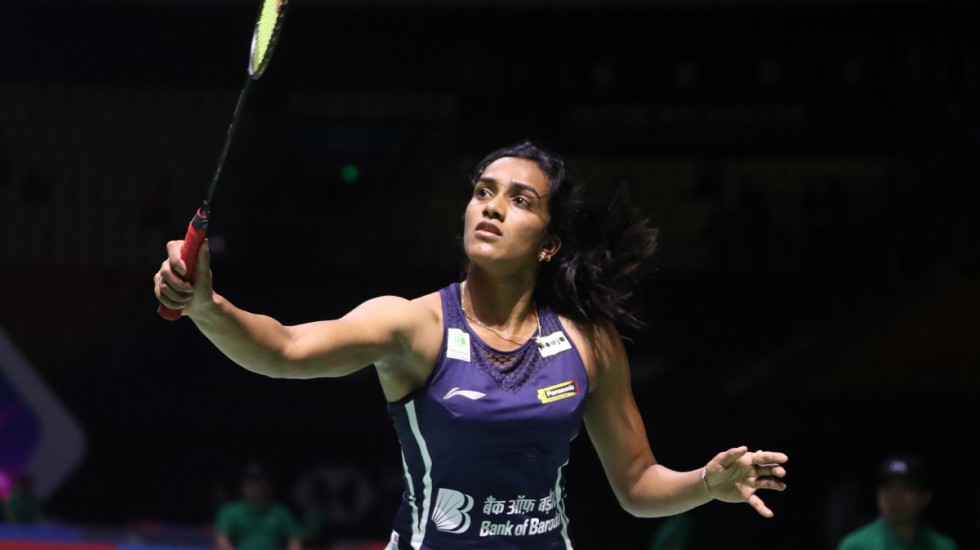 Sindhu Not Deflated by Recent Setbacks

Pusarla V Sindhu hasn’t had the brightest of seasons after her historic World Championships victory, but the world No.6 is confident that she hasn’t veered off-track.

Following her triumph in Basel in August, Pusarla has fallen in the first or second rounds in four of five tournaments. Pusarla said the World Championships win took time to sink in.

“I was really happy with the way I played the World Championships,” said Pusarla, after her first round victory over Kim Ga Eun at the YONEX-SUNRISE Hong Kong Open 2019 today. “After it was over it took me some time (to settle down), because it was a much-awaited win for me, and it didn’t sink in. I’ve been playing OK, I don’t have much to complain about, that I was mentally low or anything.

“Even though I had a few losses, it will just make me much more stronger and I think that I need to come back again and work harder. It was a wonderful month in August at the World Championships. After that it was OK. These things happen.”

Pusarla has been in the limelight in India since at least 2013, but her popularity hit the stratosphere during the Rio Olympics, when she made the final.

Having suffered setbacks at the ultimate step in the Olympics and other major finals, including two World Championships, the Asian Games and the Superseries Finals, things finally turned her way with the HSBC BWF World Tour Finals crown last December.

With the bogey off her back, Pusarla hit the high notes in Basel, steamrolling Nozomi Okuhara for the gold.

She acknowledges the reverses she has suffered since then, but insists her training has been on schedule.

“Those things (felicitations) will be there but I don’t have much to complain about. I think I will enjoy it as it comes. I give importance to training. I’m in the limelight because of this. A lot of people look up to me for motivation. After Rio it’s been completely different. Indian badminton – women and men, and even doubles – has been growing really well.

“I’ve been training, I want to be fit as this is an Olympic year. Mistakes happen, but fitness-wise things have been fine,” she adds, somewhat enigmatically.

One blow was the exit of her coach Kim Ji Hyun immediately after the World Championships due to personal reasons. Pusarla doesn’t delve too deeply into whether her coach’s exit affected her.

“I mean, it’s fine, you know. At the end of the day you need to work hard for yourself. Every coach has a different mindset. Park (Tae Sang) has been helping me out. It’s been good for me so far.”

Around the corner is the World Tour Finals, which she will be defending. “It’s going to be good,” Pusarla says. “You never know what can happen, whoever plays well on that day will win. Against the top eight players, every point will be important.”