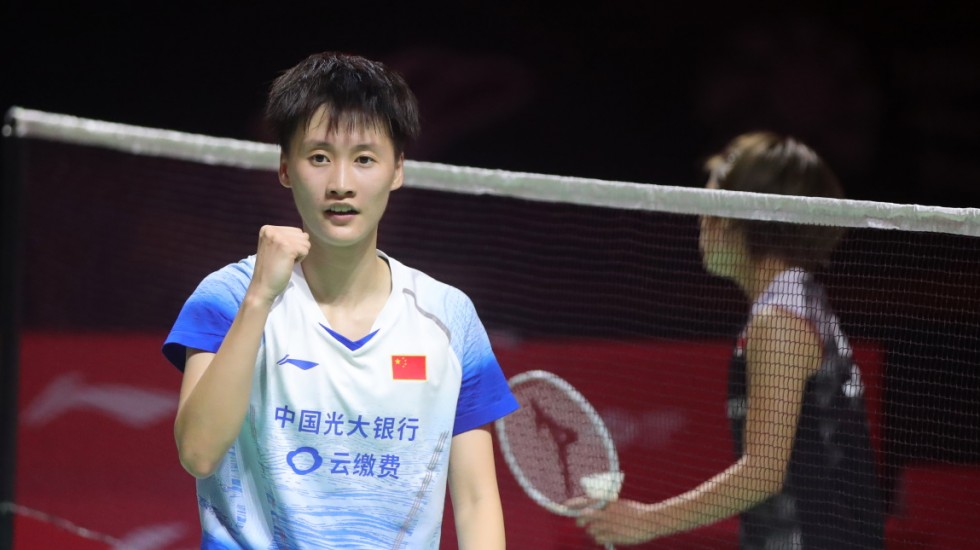 Chen Yu Fei is the highest earner in women's singles.

Nozomi Okuhara had to swallow another bitter pill in her sixth title bout this year, with the Japanese failing to surmount the final hurdle yet again, at the Fuzhou China Open 2019.

It was a strangely underwhelming performance by Okuhara, who, after an excellent start in which she decimated Chen, could only turn on her consistency in fits and starts. The second game was nightmarish for the Japanese with most of her clears – her bread and butter shots on which her game is based – falling long or wide.

At the other end, Chen had found her groove, and to Okuhara’s discomfiture, was moving with great efficiency, just a couple of steps on every shot, thus forcing Okuhara to do all the hard work. The Japanese could only attempt to wear Chen down with her interminable rallying style, but Chen’s efficient movement, coupled with her own inconsistency, meant it was always a battle with her back to the wall.

There was one rally early in the third that was classic Okuhara, forcing Chen to run her legs off. Chen took a medical break to tend to her foot; upon resumption, the game turned turtle, with Chen winning eight of the next nine points. The Chinese kept going; she stayed in the rallies but was also able to push the pace when she had to, and grabbed most of the opportunities that came her way.

“I tried my best, but it wasn’t enough,” said Okuhara. “It’s very painful to accept. I’m very disappointed that I lost another final. I kept a high speed in the opening game but could not maintain it in the second and third, and I also made a lot of mistakes.”

Chen, who also won the All England, Swiss, Australian and Thailand Open titles this year, credited her self-belief for the victory.

“I feel honoured and proud of myself,” Chen said. “She was very fast in the first game and I didn’t execute my strategy well, so I couldn’t keep up with her pace.

“I kept telling myself to be confident. I got the lead in the deciding game so the pressure was on her. I held on to this belief and never gave up. I was doing well when I was the one dictating the pace but when I followed her rhythm, I’d feel very tired. I could win the points when I was the one controlling the rallies.”