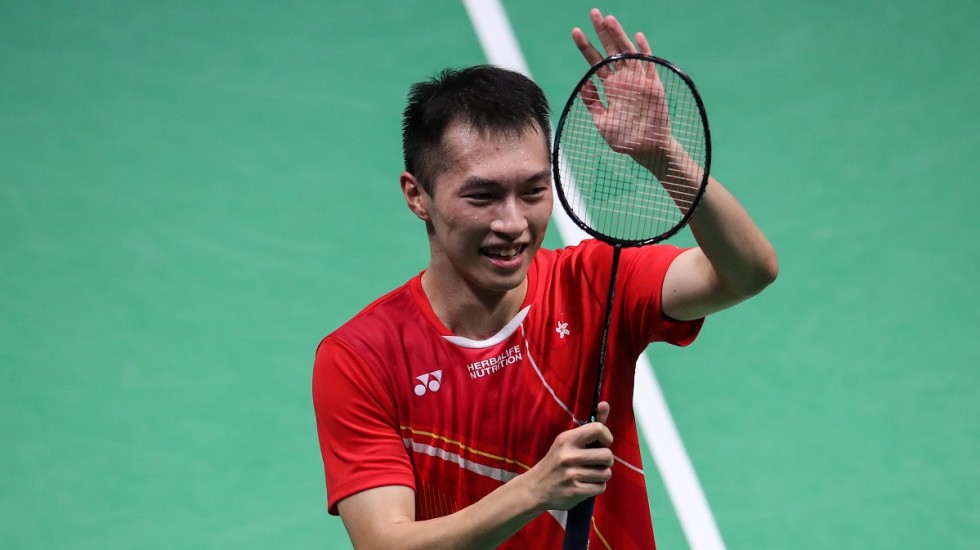 Heading into today’s contest at the YONEX French Open 2019, the head-to-head read 10-4 in favour of Chou. What that fails to show is that Chou has won the last four matches. It’s a statistic that has driven Ng crazy.

“I’m really happy because before this match I’d lost to him four consecutive times. It’s a big breakthrough for me,” he said.

“I was very determined. I lost to him at the Thailand Open final. On that occasion, I was 20-16 up in the third game and lost that match.

“Today I just told myself to be calm and take each point one by one.”

It was an energy-sapping contest with Chou taking the first 25-23. Ng rebounded 21-17 to set up a tense finale. On more than one occasion this year Ng has found himself in a similar position.

His play has actually been of a high standard, taking him back to 2017 when he reached world No.6. But too few times has he gone on with it.

That wasn’t going to be the case today. At 13-11 down, he lifted his game and won 10 of the next 13 points to blow Chou off the court in a rare early-round defeat for the world No.2.

“It’s an Olympic qualification period and everyone is very serious. I’m pushing myself very hard to play my best every match,” he said.

“I really hope I can get into the world’s top eight as I will get a better seeding and increase my chances of better results.”

It’s a simple formula. He now plays an in-form Viktor Axelsen for a place in the semifinals.

In just their second meeting against the legendary Indonesian pair, the emerging duo eclipsed their efforts from the Thailand Open when they beat Li Jun Hui and Liu Yu Chen for the title.

“[Ahsan and Setiawan] are our idols. We know their game from watching them as kids. We’re so happy to beat them. It’s definitely one of the biggest wins of our career,” they said.

It’s a step in the right direction for the Indians in what has been a stop-stop year.

First, Rankireddy took the opening months of 2019 to heal from a chest bone injury. They then blew away their opposition with their maiden HSBC BWF World Tour title in Bangkok, only for injury to beset them again immediately after. Now, it’s a matter of consistency and playing as many matches as possible.

“We had a rest of one month and took it slowly after Thailand. We’ve been building towards this and now we feel perfect again.

“We just need more experience in these big games and we’ll only get that by winning,” said Rankireddy.