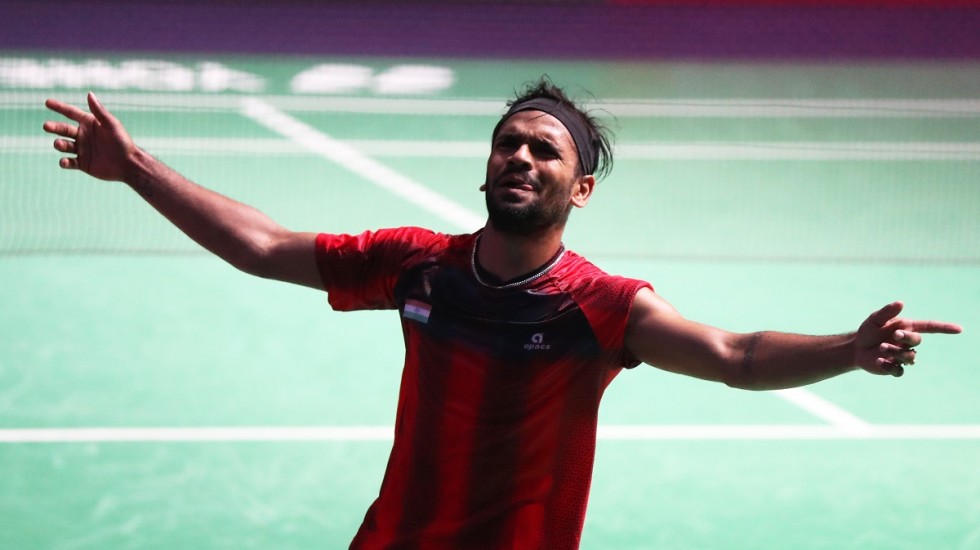 Victory at last for Subhankar Dey.

India’s Subhankar Dey recorded his second victory over Tommy Sugiarto this year, prevailing 15-21 21-14 21-17 in the opening round of the YONEX French Open 2019.

It has been a tough period for the 26-year-old. He has been without a victory on the HSBC BWF World Tour since that performance against the Indonesian.

“It feels great. It’s a long-awaited result. I beat him at the India Open in March but for a very long time I haven’t been able to get a win,” he said.

“But today is a bit of a breakthrough. I’m just glad to get the win.”

Dey used the slow conditions and the fact Sugiarto was backing up from a semifinal effort in Odense last week to his advantage.

“I think he was a bit tired and the conditions were very slow but he’s a good player and I had to work really hard to get the points,” he said.

“I’m now looking forward to playing another good match on Thursday and finishing off the season well.”

Denmark’s Hans-Kristian Vittinghus also recorded a much need win defeating World Championships bronze medallist Kantaphon Wangcharoen 21-10 21-15. Vittinghus had not passed the first round since the Indonesia Open in July.

“I played almost mistake-free today. I had really good length on all my lifts and was good at making disguises and small variations in the play and he didn’t find a way to solve that.

“Today was one of the few times this year that I’ve put it all together in a full match. I’ve played really well most of the year but unfortunately in only 80 per cent of my matches and the other 20 per cent, I’ve had a dip in concentration. You can’t do that and win against these world-class players.

“I think today I turned a corner. I managed to keep my head cool and keep my focus the entire match,” he said.

It is now the Thai’s third first-round loss since his career-high effort in Basel.

Emilie Lefel and Anne Tran gave the home supporters something to cheer about with a 21-12 21-19 win over fellow Europeans Ekaterina Bolotova/Alina Davletova.

Tran said afterward: “It’s a very good day. Of course, we won. It was amazing to play in front of the French public.

Women’s stars Ratchanok Intanon and Carolina Marin both struggled in their first-up encounters.