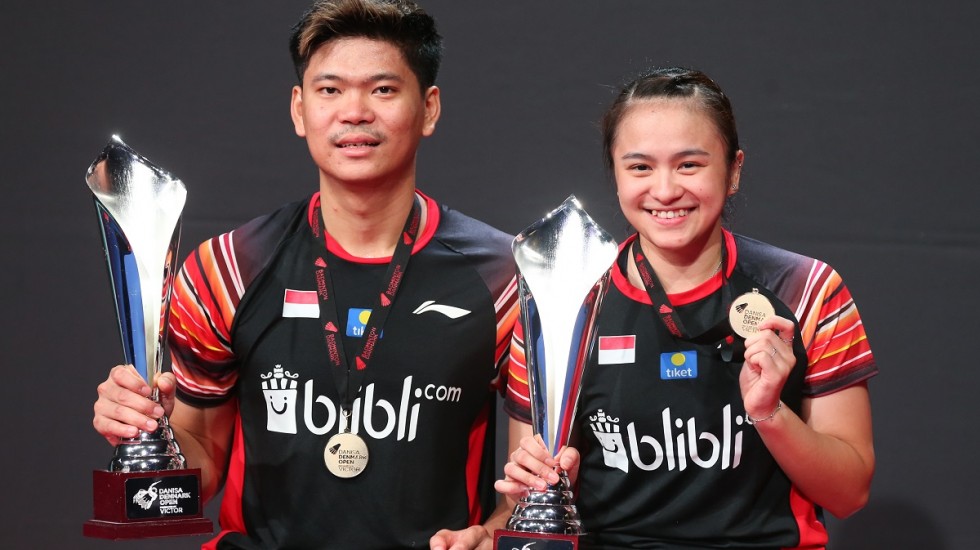 If you fail, try, try and try again.

That is the mantra of Praveen Jordan and Melati Daeva Oktavianti.

Highlights | Jordan and Oktavianti 🇮🇩 celebrate their first title ever as a pair in a stunning deciding game against Wang and Huang! 🔥#HSBCBWFbadminton #HSBCRaceToGuangzhou pic.twitter.com/BH5cYjeWLh

Prior to the DANISA Denmark Open 2019, Jordan and Oktavianti had been in five finals for no reward – three of them against their opponents today.

All of those were decided in straight games but this time they played with gusto, confidence and supreme speed to upset the world No.2 pair.

They did have a moment of panic in the third game after leading 11-4 and 14-7, conceding 11 consecutive points to find themselves trailing 18-14.

But Jordan took it upon himself to single-handedly hit their way out of trouble and remarkably they recovered to win six of the next seven points to seal a memorable victory 21-18 18-21 21-19 in 59 minutes.

It follows their equally impressive effort against world champions Zheng Si Wei and Huang Ya Qiong in the quarterfinals on Friday.

Jordan, who was at his dynamic and skillful best, said: “We are very happy. This is our first title together after one and a half years of being a partnership and this boosts our confidence moving forward.

“The strategy for the match was to fight to the end. We had good communication and teamwork and we relied on that in the third game.

“It’s certainly not easy to defeat both the first and second-ranked team in the world at the same tournament but we employed the same strategy in both those matches and we are so happy to win.”

Wang and Huang gave due credit to their opponents: “We didn’t play that bad. We tried out best but they just played better than us,” said Wang.