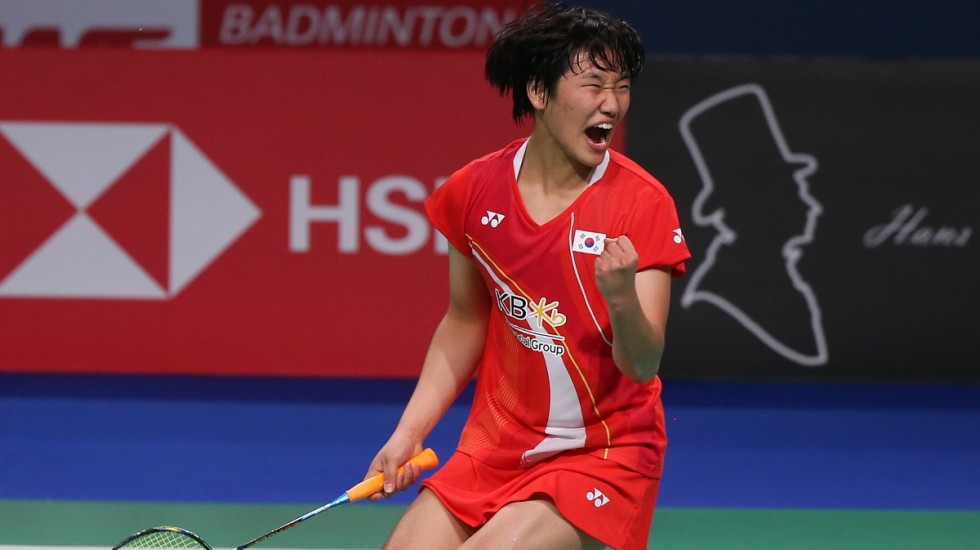 There is a sense of inevitability about the growing stardom of Korean 17-year-old An Se Young.

Today, she recorded another famous victory over a member of the women’s singles elite. This time in the shape of reigning world champion Pusarla V. Sindhu.

So far in 2019 she has produced stunning victories against recently retired Olympic champion Li Xue Rui, top 15 players Beiwen Zhang and Michelle Li, and most memorably world No.1 Tai Tzu Ying at the Sudirman Cup in May.

On that occasion, Tai said: “She’s tall, powerful, and has very good footwork. She’s good at all aspects of the game. She will be an outstanding player in the future for sure.”

Perhaps the time has already come for her to take that giant leap into the upper echelons of the women’s game.

An Se Young puts the world champion Pusarla V. Sindhu in a tight corner and knocks her out of the DANISA Denmark Open!

“I am so excited to beat the world champion. But I have another match to focus on so I’m still quite tense and nervous.

“Sindhu’s smashing is very strong. I did a lot of video analysis during training and really focused on my defence heading into the match.

“I don’t want to think too much ahead though. I will take it one match at a time so I can focus on doing my best,” the shy teenager said.

A frustrated Sindhu said of the match: “Everybody is of a high standard and we all need to give our best and to play our own game.

“I should have controlled my mistakes because there were too many unforced errors from my side.

“That was the difference. Even though the rallies were long, the shuttle kept going out.”

Young now faces the resurgent Carolina Marin for a place in the semifinals of DANISA Denmark Open 2019. A victory there will well and truly signal her intentions to the world.

It was a mixed session for Korea with world No.10 Sung Ji Hyun (pictured below) carried from the field of play midway through the third game in her clash with USA’s Beiwen Zhang.

Doctors reported after the match she had suffered a tendon distortion to her left foot under the toe. The score was 14-21 21-17 13-9 at the time. 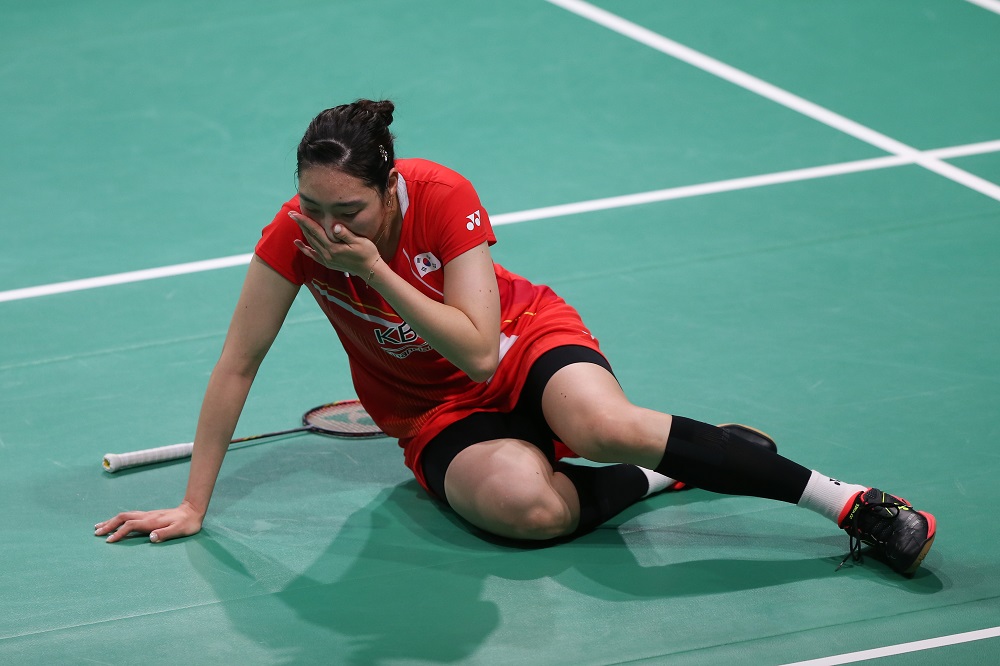 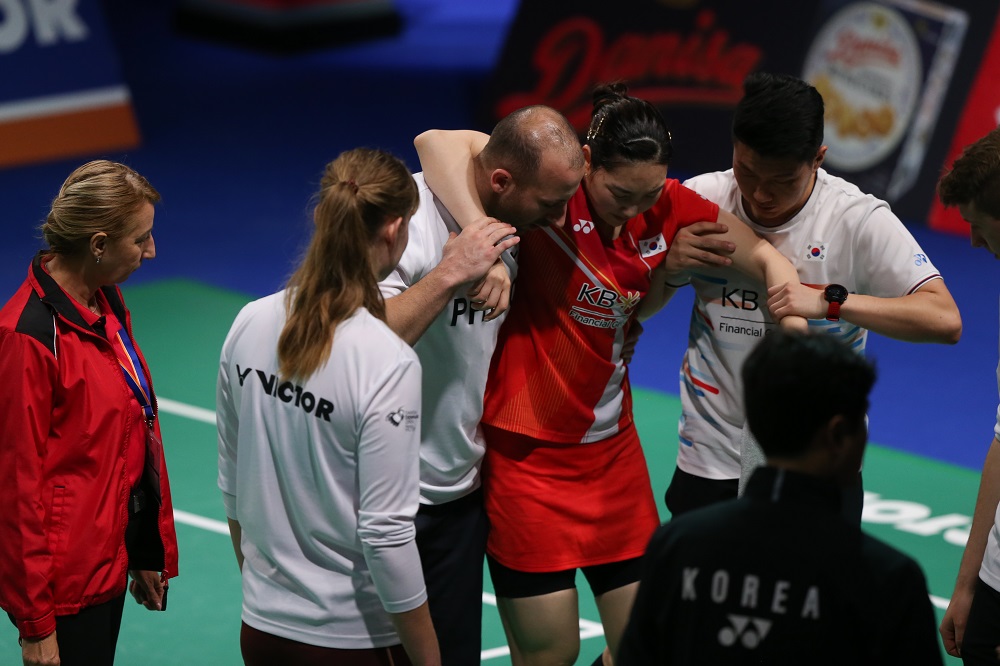 Her exit was compounded shortly after by the 16-21 14-21 loss of Kim Ga Eun to Japan’s Sayaka Takahashi.