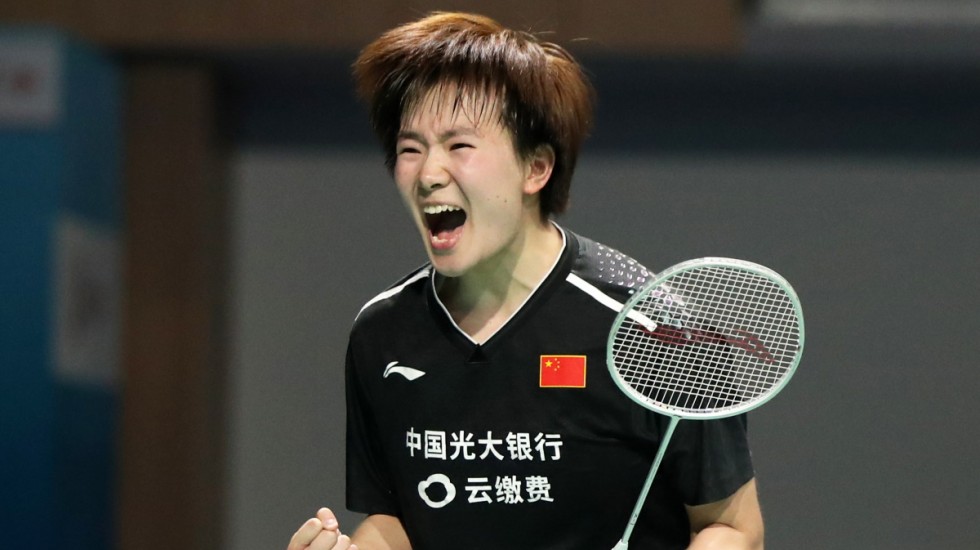 He Bing Jiao won her first title in three years as she staged a dramatic comeback from four match points down to beat Ratchanok Intanon in the Korea Open 2019 final today.

The left-hander, whose last title was the French Open in October 2016, was in two finals previously this year, one of which she lost to Intanon.

“Before the final, I was thinking, ‘Will I win or will I lose?’ so it made me very anxious.  Now that I have won my first title in three years, I can’t say anything because my brain is just empty,” said the winner.

“The first thing I want to do is tell my parents about my win and after that, I will think about what’s going on tonight because I’m not such an outgoing person.

“From this tournament, I’ve learned some ways to win, particularly when I fall behind and I think that will be useful in my coming tournaments.”

Earlier, the men’s singles final saw Kento Momota clinch his eighth title win this year from nine finals. In the battle between the top two seeds, Momota shook off Chinese Taipei’s Chou Tien Chen to take the title in the 53 minutes, 21-19 21-17.

It was another controlled performance from Momota, who once again kept his intensity when the going threatened to get rough. Chou had pulled level from 12-17 down in the opening game but got no further as Momota kept the shuttle on a string and gave him few opportunities.

“Actually, I didn’t count my number of titles. I just want to keep winning more. I wanted to keep the rallies going. I was trying not to give him any openings. It was kind of a hard two weeks, but I have more competitions coming up, so I want to get over this win and prepare for the upcoming ones,” said Momota.