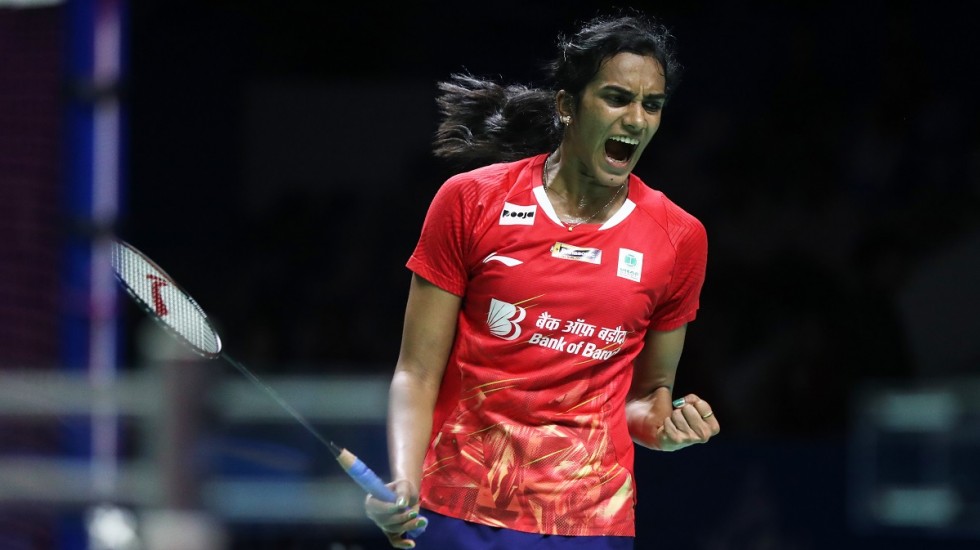 Look who is hitting form at the right time.

Pusarla V. Sindhu progressed to her first final of 2019 with an impressive 21-19 21-11 win over second seed Chen Yu Fei of China at the BLIBLI Indonesia Open 2019 on Saturday.

It was the Sindhu of old as she dominated the net and frequently caused errors from Chen’s racket to rattle the reigning All England Open champion.

To see her in full flight was a welcome sight for up until today it had been somewhat of a sluggish season for the Indian No. 1.

Three semifinals from seven tournaments for just one final was not what fans had expected following her success at the inaugural HSBC BWF World Tour Finals in Guangzhou last December.

Many had identified her multi-million-dollar equipment change from Yonex to Li-Ning at the start of the year as a potential reason for her lapse.

But one should have known it was only going to be temporary as Pusarla is simply too good to be left on the sidelines. It now shapes as a fascinating build-up to the TOTAL BWF World Championships 2019 and Tokyo 2020 Olympic Games among the women’s singles contenders.

Pusarla said afterward: “Ups and downs are always there. I have learned from my mistakes and have come back much stronger.

“It is the first final this year so I hope I don’t miss out on the opportunity to get the gold.

“It is equally important that you keep yourself fit as well as perform at the tournaments. If you do that you will automatically play well.

“There’s only one year to the Olympics so every tournament is equally important but for me, it’s just about taking it step by step.”

The opening exchanges were played at a frantic pace with Chen jumping out to an 8-4 lead. To be fair to Chen, the opening game could have gone either way as twice she established a considerable margin at 8-4 and 18-14 only for Pusarla to reign her back in.

What ultimately proved to be the difference was Pusarla’s domination at the net. Her continued presence and nagging defence forced Chen to reach for the lines.

It was a ploy she could not sustain as she subsequently surrendered the opening game to the Olympic silver medallist via a series of errors.

Thoughts of a comeback were on the cards as Chen jumped out to 4-0 lead. But when Pusarla recovered to draw level at 5-5 and then broke out to a 9-5 lead, the contest was as good as over.

A gleeful Pusarla was clearly ecstatic with her season-best performance.

“I’m really happy with my performance.

“The points at the end of the first game were very important to me. Even though I was trailing I did not think it was over. It was 19-19 and I was very much ready for every point.

“It was definitely an advantage for me to take the first game. In the second game it was then pretty easy,” she said.

Pusarla faces long-time rival Akane Yamaguchi in the women’s singles final. The 24-year-old holds a 10-4 head-to-head record over the Japanese.