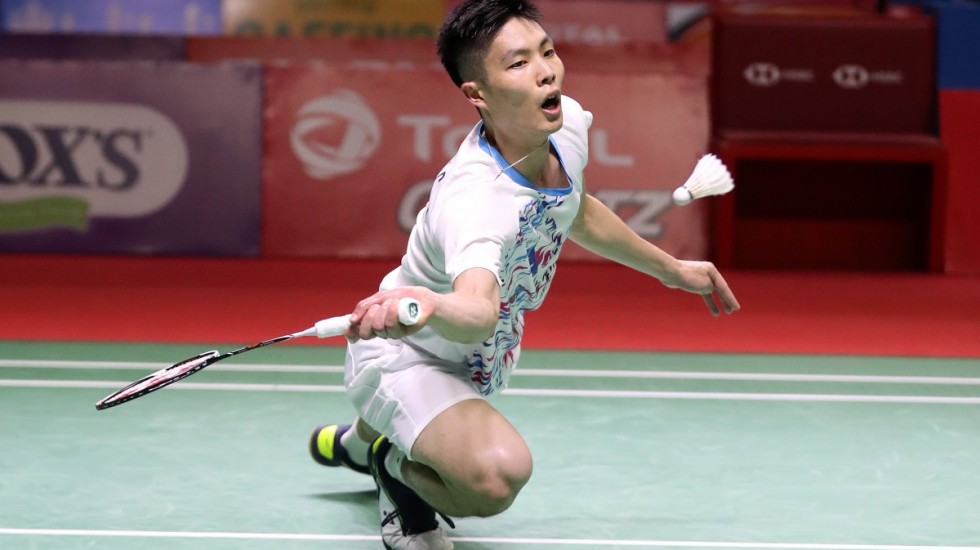 Chinese Taipei’s Chou Tien Chen was in the end too clinical for the master Lin Dan as the fourth seed prevailed in three hard-fought games in their round of 16 clash at BLIBLI Indonesia Open 2019 earlier today.

Billed as the match of the morning session, the pair did not disappoint exchanging a flurry of rallies in front of a vociferous Jakarta crowd.

Chou’s superior power was visible in both games as he seemed to hold a slight advantage throughout over the two-time Olympic champion.

It was an intense opening game with a handful of contentious line calls (in the absence of Hawkeye) that rattled both players. Chou said post-match: “Nothing was going right. But I just had to calm myself, do my best and push [my opponent].”

Against Lin Dan’s best efforts, Chou was able to close out the first game 24-22.

Like all great champions, the 35-year-old Chinese responded with renewed vigor and completed a series of stunning winners at the back end of the second game to draw level at 1-1.

The ebbs and flows continued in the decider as both players looked to gain the edge. It was Chou, however, that was the more forceful and moved to an 11-8 lead at the mid-game break.

With age on his side, Chou was able to maintain that gap and extend it further to close it out 21-13 in the third.

Chou, who had won the last two outings between the pair, acknowledged that Lin Dan had done his homework ahead of this clash.

“The last two times I won. So, this time I think he did a lot of preparation. I just tried my best today,” he said.

“The shuttlecock was very slow, so there was a lot of running. I had to focus a lot.”

So Close, Yet So Far

Tunjung claimed the first game 21-13 to send whispers around the arena. At mid-way through the second game, it looked like the upset was still on the cards.

But the seasoned Intanton was able to regain composure and eventually overpowered the Indonesian 21-15 in the third to progress.

Intanon said of her opponent: “Today she (Tunjung) was faster than before but in the second and third game she was up and down a bit and her control of the shuttle was not the same as at the beginning of the match.”