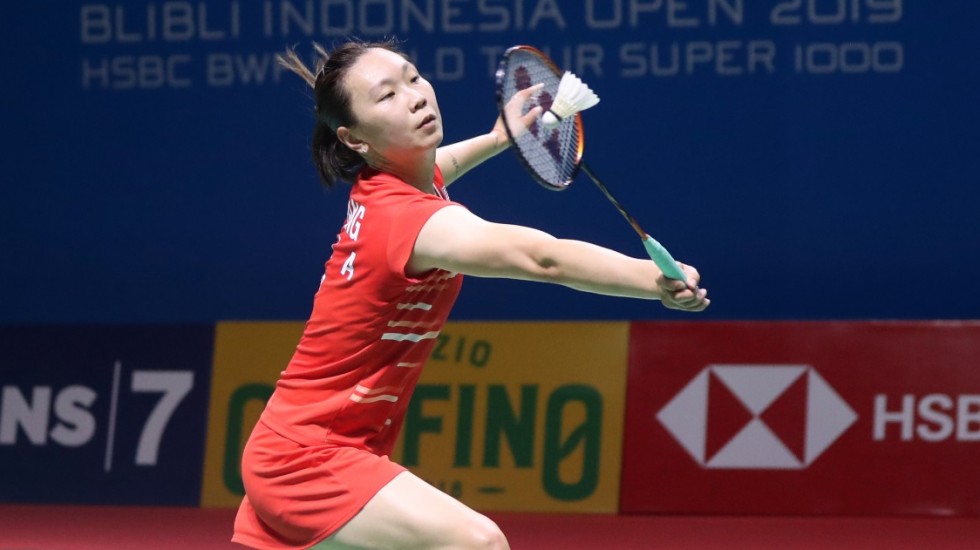 Women’s singles big guns Pusarla V Sindhu and Beiwen Zhang had to climb out of early setbacks at the BLIBLI Indonesia Open 2019 today before making their way into the second round.

India’s HS Prannoy, who has had to work his way back from a serious stomach ailment that afflicted him earlier this year, very nearly had second seed Shi Yu Qi’s number in their opening round men’s singles match.

Prannoy was quick and opportunistic in attack. Shi struggled to keep up, and after a close first game, trailed 4-9 in the second and 6-12 in the third. In both games, the Chinese got his act together when it mattered, settling in for his steady, no-frills game and forcing his opponent to take the chances. Still, Prannoy – who came up with some electrifying defensive returns off near-winners – proved a stubborn opponent, saving two match points before slipping on the third.

Another thrilling encounter saw Germany’s Mark Lamsfuss/Marvin Seidel get the better of Thailand’s Bodin Isara/Maneepong Jongjit after a third game that, amazingly, did not see a two-point difference from 14-all till 25-all. The Thais blew four match points and Germans missed two before converting the third.

“I couldn’t convert my lead in the second and third game to victory. I didn’t make the right decision on a couple of shots in the end,” said Prannoy, who has been undergoing treatment for acid reflux.

“My physical condition is getting better. It’s important for me to play these kind of matches to know where I’m going. It’s tough to play five tournaments in a row, but I took that challenge to see how I would respond.”