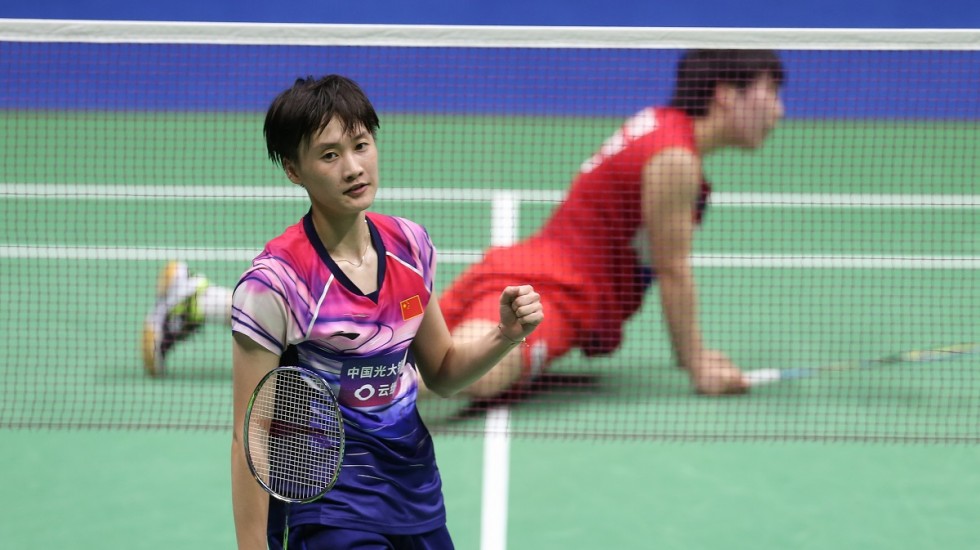 Attention returns to the HSBC BWF World Tour next week with the CROWN GROUP Australian Open 2019.

There are a number of athletes who are backing up out of the TOTAL BWF Sudirman Cup 2019. We take a look at the big-name singles players heading down under.

The new queen of women’s badminton Chen Yufei is scheduled to back up in Australia next week. She headlines another strong women’s draw featuring No. 1 seed Nozomi Okuhara, third seed Pusarla V. Sindhu and fourth seed Ratchanok Intanon.

Following her heroics in Nanning, Chen has risen up the world rankings to be number two in the world, overtaking Okuhara. Chen is seeded No. 2 in Australia.

Okuhara split singles duties with Akane Yamaguchi in Nanning but did not feature in the semifinals and final and should be fresh for the Australian Open. Pusarla similarly had a light week playing just one singles match in their opening tie against Malaysia.

Intanon was the hero for Thailand in their quarterfinal against Korea, defeating teenage star An Se Young in two games. Thailand also had success in the shape of Pornpawee Chochuwong who surprised Yamaguchi in their Group 1A match.

She is also listed to play in Sydney. Click here for the women’s singles draw

Three of the top four seeds entered for the Australian Open had poor campaigns in Nanning. Indonesia surprisingly struggled in the men’s singles category winning just one match from the four ties they played.

The No. 2 seed in Australia, Anthony Sinisuka Ginting, defeated England’s Toby Peaty in their opener at the Sudirman Cup but then lost to Viktor Axelsen in Group 1B play and Kento Momoto in the semifinals.

Third-seeded Jonatan Christie could not capture the form that saw him win the BARFOOT & THOMPSON New Zealand Open 2019 earlier in the month, losing to Chou Tien Chen in the only match he played.

Chinese Taipei’s Chou is top seed in Sydney and by comparison, had a much better week winning all three of his singles matches.

Kenta Nishimoto’s failure to get a point against Russia on Day 2 in Nanning meant Japan coach Park Joo Bong was forced into playing Kento Momoto in the remaining four ties. Nishimoto will be looking for redemption for that effort when he lines up as the No. 4 seed in Sydney.

Keen to continue his rise in the rankings is Lin Dan. He is seeded eighth in Australia and plays Prannoy H. S in round one.