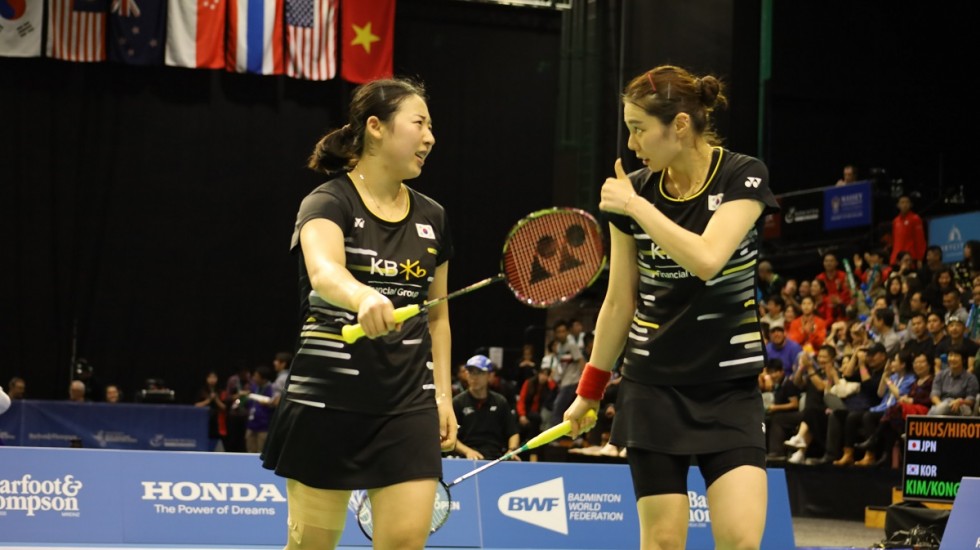 Kim and Kong have been on song in New Zealand.

Korea’s Kim So Yeong and Kong Hee Yong prevailed in one of the longest matches on record at the Barfoot & Thompson New Zealand Badminton Open, taking well over an hour and a half to defeat Japan’s world No. 1 combination of Yuki Fukushima/Sayaka Hirota in their women’s doubles semifinal.

“That is the best win in our career so far,” said an elated but exhausted Kong.

“Our work for each other was the key to the win. We never gave up and encouraged each other all the way.

“Tomorrow will be another tough match against another Japanese pair, so we will rest and be ready to play at a high level again.”

An Se Young continued her giant-killing run at the BARFOOT & THOMPSON New Zealand Open 2019, overcoming some nervous moments to defeat the No. 7 seed Aya Ohori in three games.

It could have been a lot easier had she not coughed up a 19-14 lead and concede seven straight points to lose the second game.

“At the end of the second game I became very nervous and allowed Ohori to close the gap but in the third game I attacked and smashed more and was able to get the win.”

An will play China’s Li Xuerui in the final after the London 2012 Olympic champion took another step in her return to the top of the sport following her knee injury, defeating top seed Akane Yamaguchi 13-21 21-19 21-13.

In men’s singles, Indonesia’s Jonatan Christie is back where he was this time last year, only he hopes to go one better and win.

Christie was a comfortable winner over No. 5 seed Kanta Tsuneyama 21-12 21-15 and will go into the final against Ng Ka Long Angus as a warm favourite.

Praveen Jordan and Melati Daeva Oktavianti booked their place in the mixed doubles final with a 21-12 23-21 win over Wang Chi-Lin/Cheng Chi Ya of Chinese Taipei.

In what should be the match of the day, Hiroyuki Endo and Yuta Watanabe take on Mohammad Ahsan/Hendra Setiawan in the men’s doubles final.