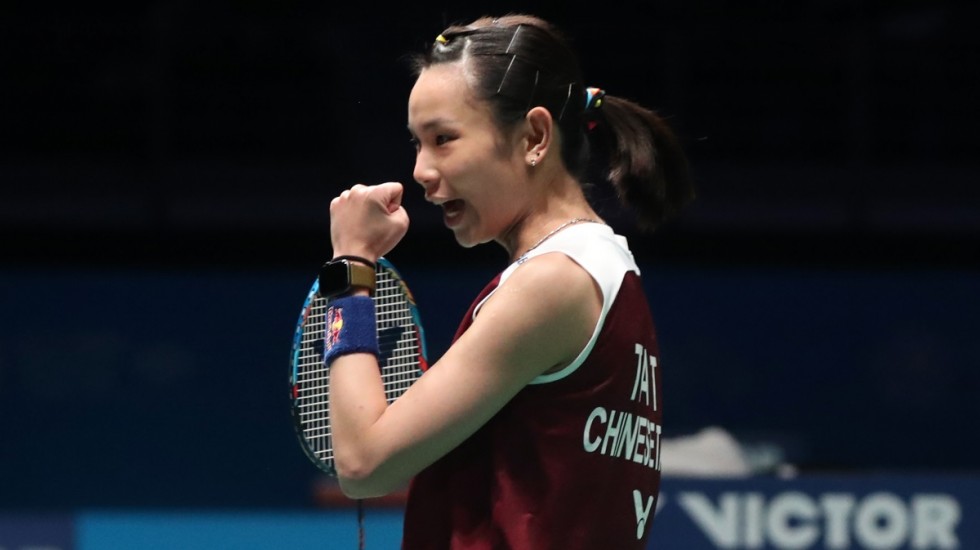 Tai Tzu Ying lined herself up for a hat-trick of women’s singles titles, with a revenge win over Chen Yufei in the semifinals of the Celcom Axiata Malaysia Open 2019 today.

The No.1 had fallen in the final of the All England recently to Chen, but dismantled her opponent with her pacy and deceptive game. It was closer in the second after Tai led 15-11; Tai struggled to control the shuttle and Chen made it to 18-all before Tai wrested the advantage once again to make it to her fourth straight final: 21-14 21-19. She will be up against Akane Yamaguchi, who improved her career record against compatriot Nozomi Okuhara to 7-11.

Favourites Wang and Huang prevail to make it an all-Chinese 🇨🇳 title clash at the Malaysia Open 🏸 #HSBCBWFbadminton #HSBCRaceToGuangzhou pic.twitter.com/Nq7ScN9Bcx

“I have always done well in Malaysia because I feel good here and the crowd is always supporting me. It almost feels like it is a home court for me,” said Tai Tzu Ying after making her fourth straight final.