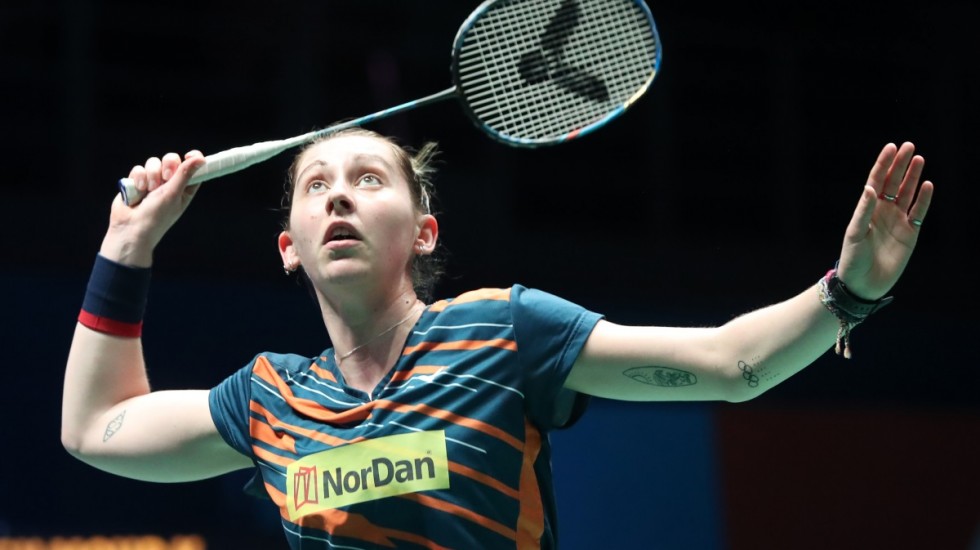 Kirsty Gilmour plans to be selective in her choice of tournaments this year.

Gilmour: ‘Have to Get Used to New Way of Training’

Kirsty Gilmour is trying to settle down to a new rhythm. The exit of Scotland coach Wong Tat Meng to Korea has necessitated a change in training.

Gilmour, runner-up at the Orleans Masters recently, says she is adjusting to a different way of doing things. Excerpts from an interview:

You have a new coach now. Did Wong Tat Meng’s departure affect your training?

That’s another challenge for this year, to get used to a new coach, new way of training, new ways of speaking to each other and things like that. So I’m trying to figure that out.

The style of training has been different. Just things like key points to work on, timings of exercises. Neither better or worse, just different, and so yeah, I’m trying to get used to it.

I’m still me, and I can still do my things well. I’ve still got all my creativity and instincts and things like that, so it’s a collaboration… that’s how I like to work with a coach. Sometimes I like to be told exactly what to do and I’ll do it, and sometimes I like to go with my instincts. Maybe it’s against the specific tactics, but if feels right to me, I’ll maybe do it. So it’s a bit of a mixture.

How happy are you with your performances this season?

Quite happy, I’ve been selective in tournaments, because we’re going to start Olympic qualification and that’s going to be a crazy year. I’ve been selective so at the end I can maybe pack some more clothes and make an impact. It’s been ok, above average for the start of this year.

Is there anything that you are specifically working on?

I’m trying to maximise control. That’s one thing in my game – when I get it right, I’ve played my best badminton. It’s the ‘zone’, and for me, that’s when I’m in control but having fun and playing free. And it’s so hard to link those two up. So if I can manufacture the control part, then my confidence will build, and I’ll get fun playing free form.

You talked of improving mentally. Have you been working with a psychologist?

I have been working with a psychologist for four years now. We’re working on some extra things, like how to manage yourself between points, before games, after games, everything up to the pressure and expectations of the major championships. We’ve had so many major championships in Scotland and of course I have to deal with a lot of people having high expectations of me.

This season I’m playing fewer tournaments. I’ve got Singapore Open and then a really good training 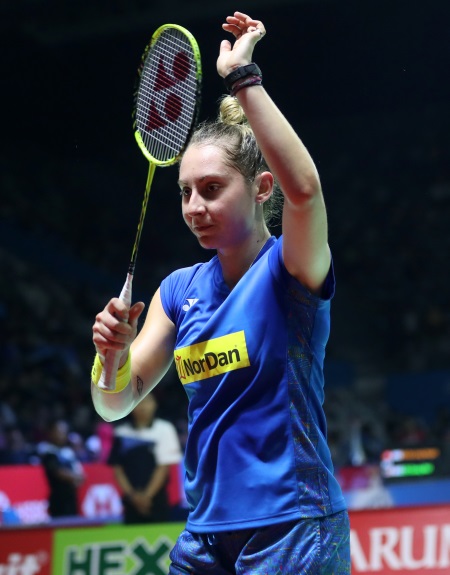 block until the European Championships. I can’t remember the last time I had such as big a training block, so it’s going to be good. The next big one is the World Championships, we don’t have to travel so far this time. So this year I’m going to pick some ones and go for them, instead of spreading myself thin.

You’ve talked about being an avid reader of books…

Since I’ve been young, I’ve prided myself on my work ethic, and have worked really hard, but now I’m a little bit older, so thought I should probably get a little bit smarter. It’s really helped. Even if I don’t necessarily agree 1000 percent with all the books, it’s nice to see different perspectives, and you can learn at least one thing from every book.

What kind of books do you read?

Psychology ones. I have a whole list. I trust all of my coaches and my psychologist, but I can always learn some things for myself. I started (reading psychology books) quite recently. Maybe the start of 2018, I started reading more.

I always liked to read, but it used to be fiction and stories, but now it’s… not so much homework, but it’s relaxing and badminton is still there in the background.