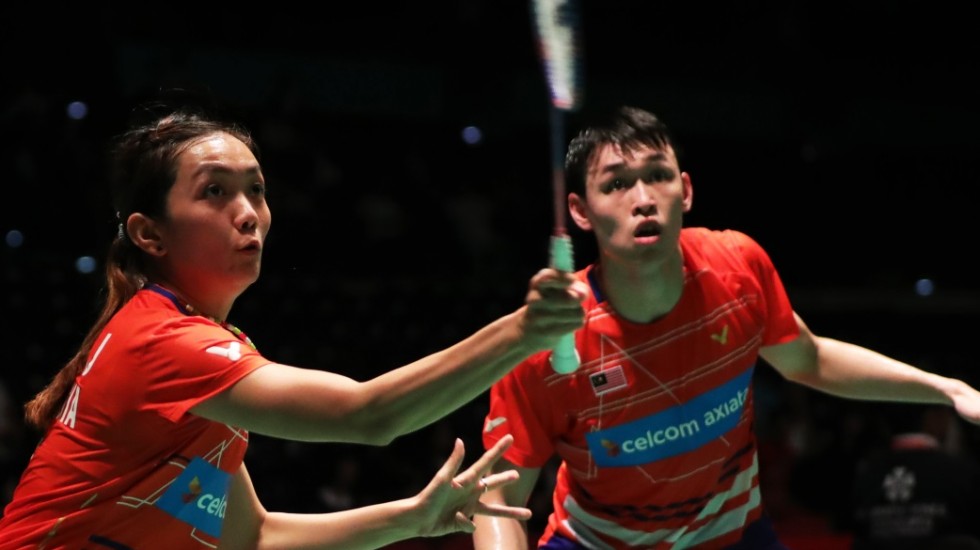 Tan Kian Meng (right) and Lai Pei Jing caused one of the upsets of the opening day.

The Japanese, who were runners-up at the All England, were run over by the rampant Malaysians 21-16 21-15. Tan and Lai next take on India’s Pranaav Jerry Chopra/Sikki Reddy, who beat Ireland’s Sam Magee/Chloe Magee in a close match, 22-20 24-22.

In the same half of the draw, Indonesia’s Ricky Karandasuwardi/Pia Zebadiah Bernadet scraped past Russia’s Rodion Alimov/Alina Davletova by the narrowest of margins. The Indonesians saved three match points at the end of a tense final game, before converting their own fourth opportunity: 21-18 13-21 25-25.

In women’s doubles, Korea’s Chang Ye Na and Jung Kyung Eun pulled themselves out of a dire situation against China’s Li Wenmei/Zheng Yu. The Chinese led by a game and 18-11 before the Koreans reeled off seven points in a row.

The third game too was a tight affair and China had match point, but Zheng Yu served into the net. The experienced Koreans grabbed the lifeline and squeezed through, 16-21 23-21 22-20.

“Actually, I didn’t think too much when I cut my hair, I just felt like getting rid of two years of bad luck. Who knew that was all I needed to change our fortune!” – Tan Kian Meng jokes to the media after the Malaysians beat the third seeds.

Hans-Kristian Vittinghus fell to his 12th straight defeat against Chen Long. The last – and only – time the Dane beat the Chinese was almost ten years ago.