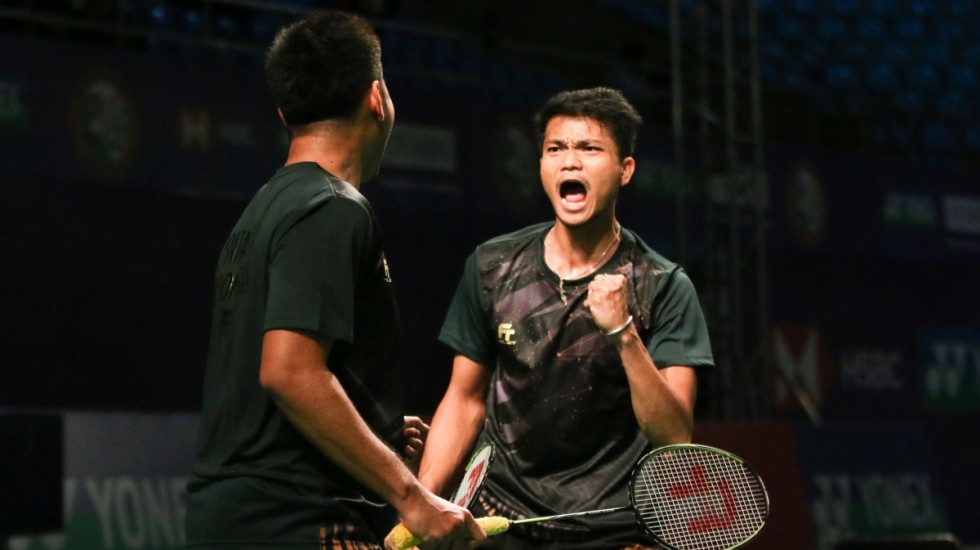 Angga Pratama (left) and Ricky Karandasuwardi in action during their first round win.

Second seeds Goh V Shem and Tan Wee Kiong of Malaysia stumbled in the first round of the Yonex-Sunrise India Open 2019, suffering a narrow defeat at the hands of Angga Pratama and Ricky Karandasuwardi of Indonesia in New Delhi yesterday.

The highlight of the day was the come-from-behind win of Pratama and Karandasuwardi, who improved their record to 4-0 over the Olympic silver medallists.

The Indonesians were up 10-3 in the opening game before the Malaysians got going. A flurry of errors late in the game by the Indonesians helped their opponents take the lead, but Pratama and Karandasuwardi shook off their tardiness and prevailed in a close second game.

Goh and Tan had everything going for them after the break in the third game, working up a 17-12 lead, but Karandasuwardi and Pratama stepped on the gas at the right moment with a sequence of five straight points before edging out their opponents, 17-21 23-21 21-19.

“We got really good training last week under our new coach (Flandy Limpele). We had stretched top players in the past but couldn’t convert it to a win, so it gives us a lot of confidence to be able to do that,” Ponnappa said, following the Indians’ impressive win over the Chinese sixth seeds.

“We really want to win a couple of tournaments. For us, it has been first and second round exits and we really want to break the jinx. Today’s match has given us that confidence. Consistently entering the quarters and semis is our aim.”

World Junior champions Liu Xuanxuan/Xia Yuting are winners of the Austrian Open and runners-up at the Lingshui China Masters this year.