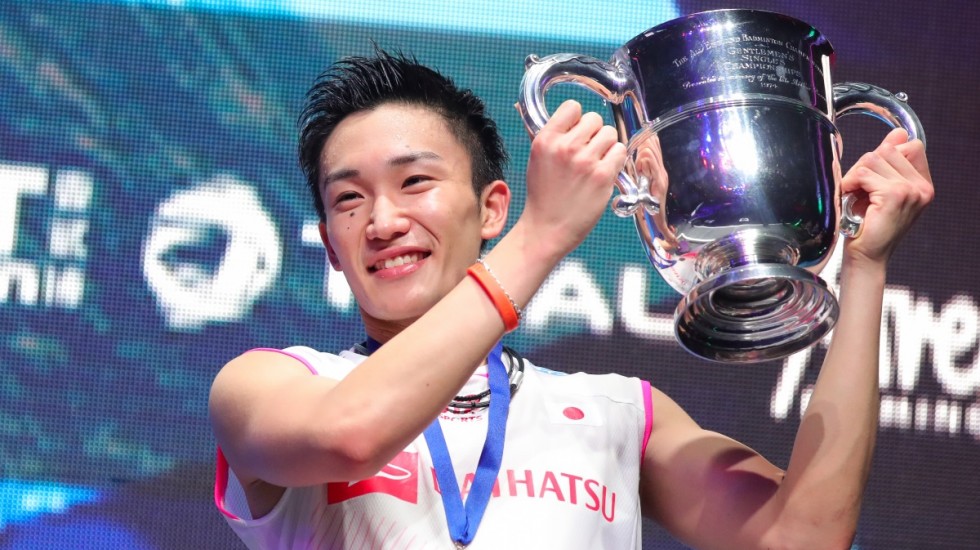 For Axelsen, it was another bitter result as it continued his losing streak against the Japanese; the record now reads 1-11.

Axelsen was the underdog going into the match given Momota’s record over him, but the Dane was very close to turning it around today.

It took all of Momota’s craft to keep up with Axelsen, and he was aided by a momentary slackening of Axelsen’s intensity after the mid-game interval in the third. With the slight dip in the Dane’s energy, Momota was up and running; the lead widened and the match was effectively over.

“It makes me very happy to become the first from my country to win the men’s singles title at the All England,” said Momota. “It is not only my achievement, it is a tribute to the entire team as all of us have worked very hard for this. This title is comparable to the World Championships; however, I don’t want to be satisfied just yet.

“Today Axelsen played very well and it was a close match. However, I was able to stay patient at the end and that made the difference.”

Axelsen said this was the best match he’d played against his nemesis.

“In the end I didn’t have the energy to play the way I wanted to. Once I’m able to think it through, I will be proud of this performance. I haven’t played at this level for a long time. I was closer than I’ve ever been against him. I want to congratulate Momota, he was strong at the end,” said Axelsen.

“He was a bit more stable at the end and my energy slipped a bit. I took a few bad decisions in the middle of the third game and the first, maybe which caused me to run a lot. And he had more energy than me in the end.”

“There are many things to take away. In the big picture – one year ago I was lying in bed with an ankle injury unable to move, so I’m happy with where I’m now, but I need to be disappointed for a few hours.” – Viktor Axelsen

Momota was the third Japanese in the men’s singles final of the All England after Masao Akiyama in 1966 and Kenichi Tago in 2010.