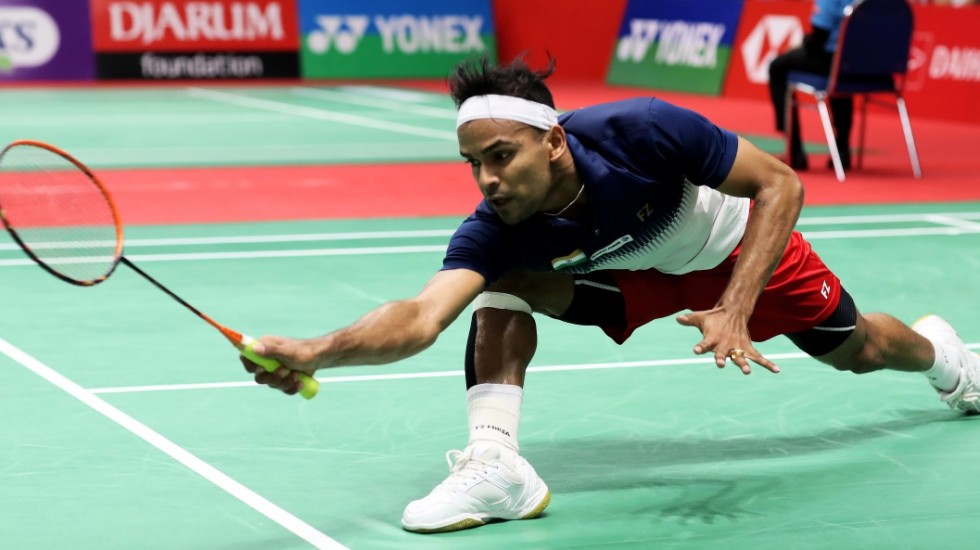 Subhankar Dey, who as a teenager had run away from his family of modest means to pursue badminton, gave sixth seed Viktor Axelsen much to think about in the men’s singles opening round of the DAIHATSU Indonesia Masters 2019 today.

Axelsen, having sailed adrift in the second game, got his act together in the third, pushing a hard pace to eventually put some distance between him and his opponent, coming away victorious at 21-14 19-21 21-15, after which he let out a huge sigh of relief.

Dey came away satisfied with his performance, while ruminating on an opportunity missed: “In the third game, in the beginning I chose to play the same way as in the second game and he pushed the pace a bit. I should have increased the pace but I couldn’t do that. After this match, my confidence will improve.”

Stadium Istora in Jakarta is a long way from his childhood home in Kolkata (India); the journey started 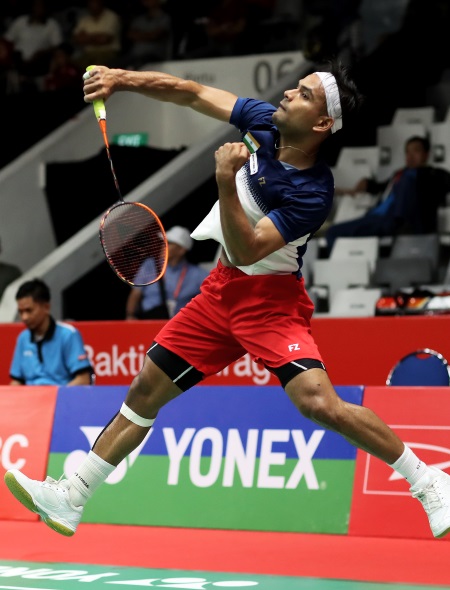 the day he decided to leave the security of his home and the offer of a government job into a largely unknown world. Sure that his family would reject his decision to pursue badminton at the cost of a secure job, Dey got on a train to the city of Thane, which had better badminton pedigree than Kolkata.

“I was from a middle-class family and I got a government job. My family asked me to take it up, but I didn’t want to – I wanted to pursue badminton. Taking up the job would’ve meant giving up badminton. I didn’t tell them I was leaving home. I called them from the train and said I’m going. They said, fine, don’t come back.”

They reconciled with his decision a few months later.

Over the next two years Dey trained at academies in Thane and Bangalore, relying on well-wishers to subsidise his training and living costs, before getting a break with the Danish club Greve.

Living life as a badminton journeyman in Europe has had its challenges – loneliness and sponsorship among them – but Dey still nurses dreams of achievements at the elite level.

Dey had some success at middle-rung events last year, reaching the semifinals of the Belgian International and winning the SaarLorLux Open, beating the likes of Lin Dan and Rajiv Ouseph on way to the title. At his next tournament, the Dubai International Challenge in November, he finished runner-up.

His current employer, Indian Railways, gives him sufficient leave to pursue his ambitions on the World Tour. The gambit that he took, he says, of sacrificing a job in search of badminton, has definitely paid off.

“It’s been a terrific journey, actually,” he says. “I’m happy that I’m performing at this level. But this isn’t the end; I want to improve and get to the top.”

The 25-year-old has started a badminton academy in his home city; it is run by his brother and sister and has an Indonesian coach. For the students of the academy, it offers the enticing prospect of not having to run away from home to pursue badminton.