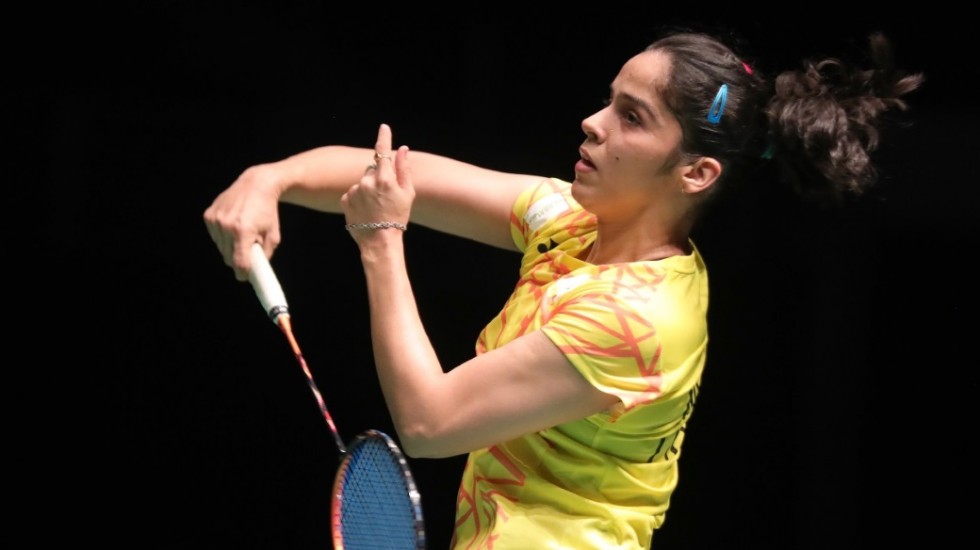 ‘Better Half’ to the Rescue – Malaysia Masters

Saina Nehwal pulled off a tough opening round win over Hong Kong’s Deng Joy Xuan and then credited her better half – men’s singles player Parupalli Kashyap – for proving the necessary inputs at critical times.

Nehwal (featured image), who married Parupalli on December 14, had a battle on her hands with 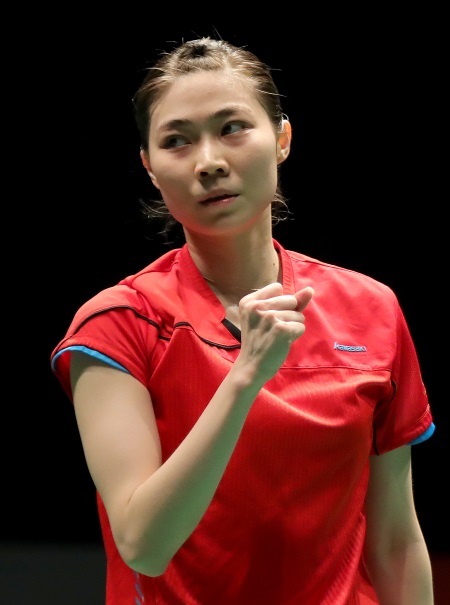 relative newcomer Deng winning the opening game. The Indian dug in despite struggling with her movement and kept her head in the third despite her opponent nearly erasing Nehwal’s 19-12 lead. With Parupalli egging her on from the coach’s chair, Nehwal came away a 14-21 21-18 21-18 victor, and sighed that her movement had been off due to a shin injury she’d picked up.

This was Nehwal’s first World Tour event since her wedding, and she said his advice during the breaks had helped.

“I requested him to sit (in the chair) because earlier I used to be someone who didn’t need so much of coaching from outside, but after my (knee) surgery I feel I’ve become a more moody type of player, who needs to be boosted. I know I’m getting irritated on some points. But these people (coaches) are helping me come out of that situation –  sometimes in a good way; sometimes in a bad way. If the good way is not happening well with me, then he shouts at me. I know it’s for my own good, but it pinches me at that point of time and I get that bit of… (motivation). So I need it now. On some points I’m doubting myself, which was not there before.”

The former world No.1 acknowledged that, as she was far from her best – physically – it had been a challenge to hold off the young Hong Kong player. Nehwal appeared to be cruising but Deng fought her way back from the brink, reeling off six points in a row to have Nehwal furrowed in thought. Before it could get any tighter, the Indian slammed the door shut.

“I would love to pull out such matches. I’m not 100 per cent, but I salute my fighting spirit. She’s in form, she’s played the semifinals of the Thailand Masters. It was good for me to see if I’m somewhere close to the top.

“She was fighting hard. She thought she had a chance. Sometimes it happens, that flow when everything falls your way. That’s what happened. It’s not that she changed strategy, but everything fell her way. She’s dangerous too because she’s got tricky shots.”

Nehwal faces another Hongkonger, Yip Pui Yin, who also battled to the second round with a three-game win. 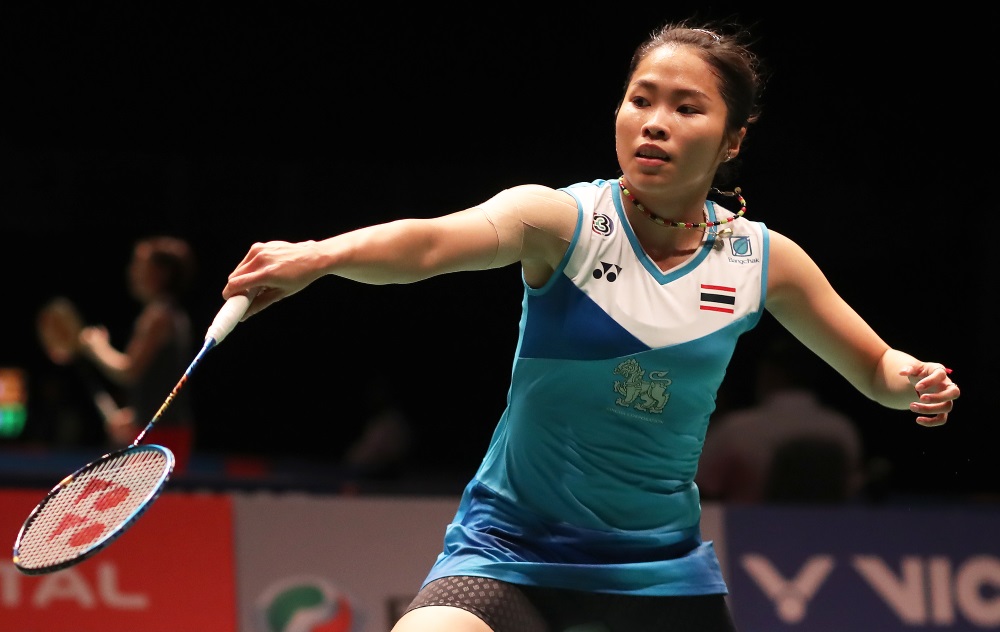 In the top half of the draw, Tai Tzu Ying eased past Cheung Ngan Yi, while sixth seed Ratchanok Intanon held off the promising youngster Gregoria Mariska Tunjung, 21-15 21-16.

The match had a dramatic end with Leverdez making a service error on his first match point. Shi thought he had won the match on his own second opportunity and celebrated but the service judge had faulted him; the Chinese wobbled for a bit before saving another match point and then converted his third opportunity.

“I was close and had my chances, but it was 50-50 at the end,” said Leverdez. “I had nothing to lose, and I went with what I had. I started putting more pressure after the first game. I had two match points, so it wasn’t one serve that determined the match.”

Leverdez said that despite the defeat he was satisfied with the strong start to the year: “I was in the PBL (Premier Badminton League) and practised well with my teammates and got some good matches over there. Then I reached the semifinals in Bangkok last week. Even though I lost today I played well, so it had been a good start to the year.” 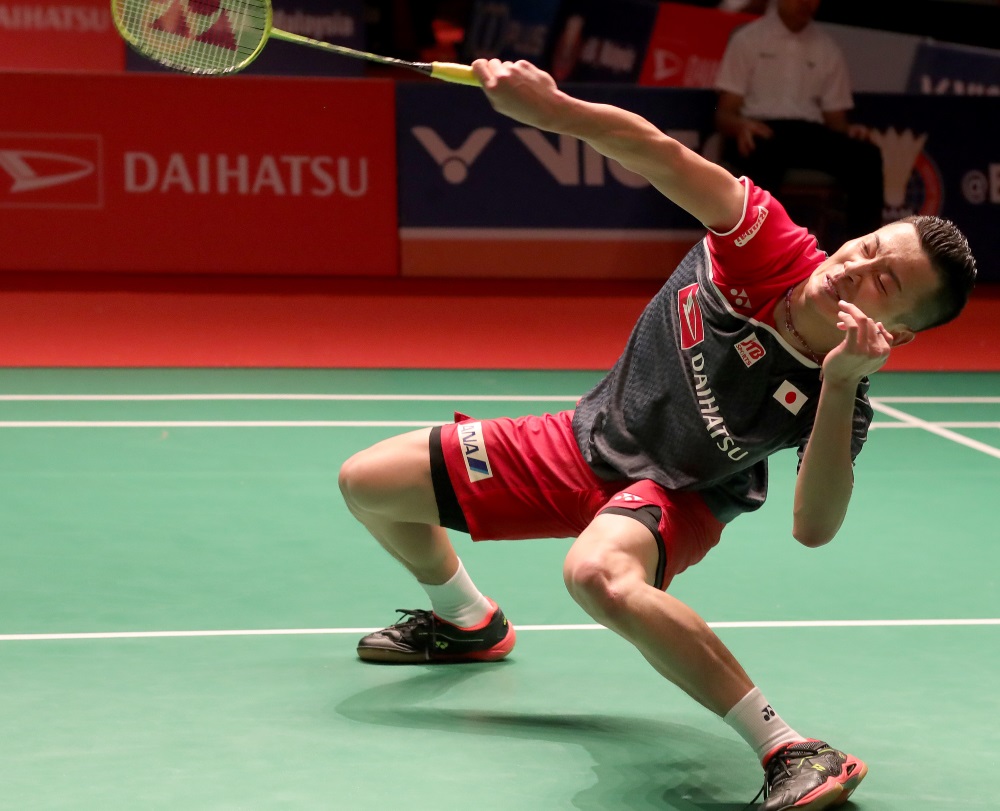 There were two noteworthy upsets on the second day, both in singles.

In women’s singles, World Junior champion Goh Jin Wei gave the home crowd much cause for cheer with her first victory in six matches against third seed Akane Yamaguchi (Japan). Goh wrapped up the match in just 32 minutes, 21-14 21-12.