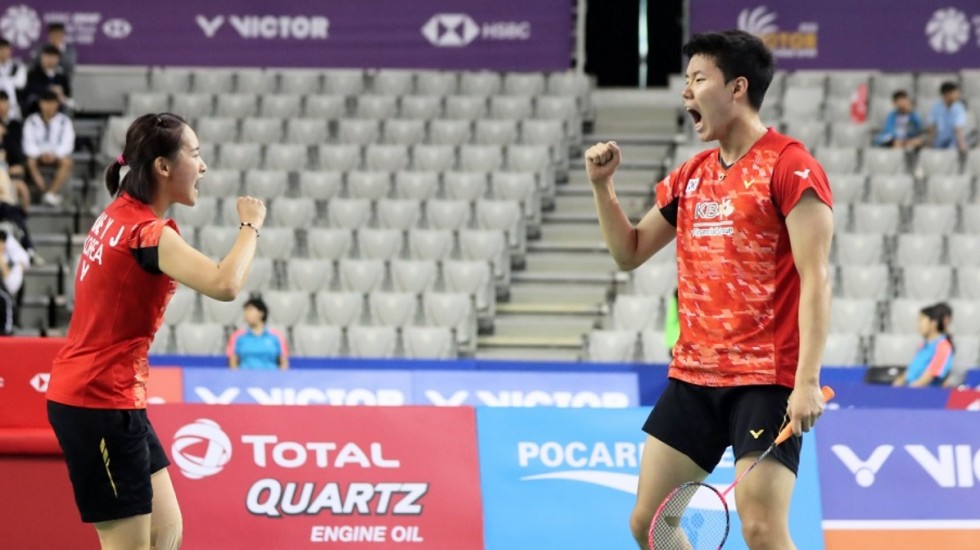 Seo Seung Jae did the star turn for Korea today, ensuring the home team’s presence in the semi-finals of

two categories at the VICTOR Korea Open 2018 with victories over higher-ranked opponents. 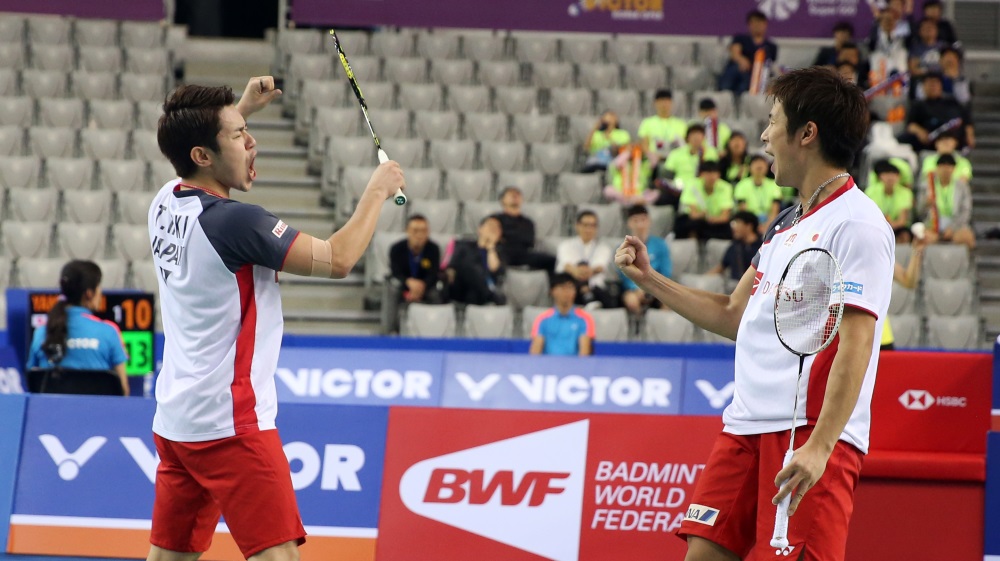 The feature match of the day was Lee Yong Dae and Kim Gi Jung’s quarter-final against Hoki and Kobayashi. The Koreans had an impressive journey into the last-eight stage, but it ended today after a tightly-fought encounter, 23-21 17-21 21-15.

The Koreans were in charge all the way in the opening game before faltering at the end, and that would turn out to be expensive later in the match. For, in the third game, Lee Yong Dae’s service went to pieces, and that swung the match Japan’s way.

Kim, who had made two fatal errors at the death in the opening game, got his act together and the Koreans stitched together a strong phase of play to take the match to a decider. However, with Lee unable to get his serve going, the Koreans had to depend on high-quality returns, and with that they stayed with the Japanese until 15, after which their intensity waned and Hoki and Kobayashi powered ahead.

The big surprise in Men’s Doubles was the performance of Malaysians Chooi Kah Ming/Low Juan Shen, who made their career’s first semi-finals at an event of this level. The Malaysians, who train as professionals, surprised Thailand’s Kittinupong Kedren/Dechapol Puavaranukroh, 21-19 14-21 21-15. 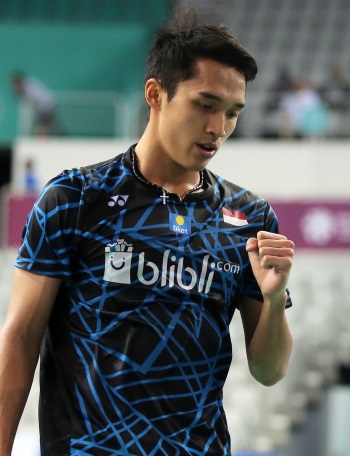 The Indonesian, who won the VICTOR China Open last Sunday, couldn’t offer much resistance to Chou, who wrapped up the match in 39 minutes, 21-13 21-11.

However, the player Ginting beat in last year’s final, his compatriot Jonatan Christie, progressed. Following early exits at his last two tournaments after his sensational Asian Games triumph, Jonatan Christie was relieved to make the semi-finals, his first this year at a World Tour Super 500 event or above. The Indonesian outgunned China’s Zhao Junpeng 21-17 21-16.

“This is the first semi-final for me in 2018, so I’m very very happy,” the Indonesian said. “I will try my best for tomorrow. After the Asian Games, I was a bit tired, and there was no time to prepare for the next three tournaments. In Japan and in China I lost early. So today I’m happy that in the last tournament of the Asian leg I reached the semi-finals.

Asked about the impact the Asian Games gold had on him, Christie said: “The Asian Games win means more than anything else. Asian Games and Olympics are held once every four years; it’s not easy to be the champion. I’m very proud of my team and my coach who have helped me get the title.

“The last tournament before the Asian Games was the World Championships. I lost in the first round; it was difficult to handle that. I tried my best for the Asian Games, maybe God helped me as well.

“I feel I have proved myself, but there is more to do, more to train as there are many players who are better than me. I must keep learning. If I get a good result here, it’s like a gift for my birthday which was during the Japan Open. I have good memories of the Korea Open, because last year we (Christie and Ginting) made history with an all-Indonesia final.” 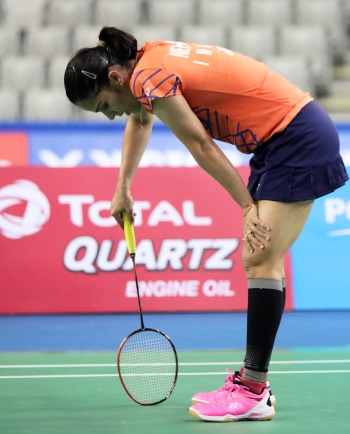 The Japanese trailed the Indian all through the third game and, facing four match points, had a wry smile as she faced near-certain defeat. However, Nehwal, panting in exhaustion as the game neared its end, couldn’t shut the door on her and the Japanese stayed steady to pluck off an unlikely win: 15-21 21-15 22-20.

Nehwal was philosophical despite the defeat. “I should have just taken that one point,” said the Indian. “It’s not a bad defeat. I can’t cry over it. The important thing is the major tournaments. Like in the Asian Games the way I fought back against Ratchanok. Just a few points separates me from the top players, like Akane (Yamaguchi), and Carolina Marin and Tai Tzu Ying.

“I was getting tired in the second game itself. At 20-16 (in the third) I couldn’t even stand. I need to check on it. I’ve been playing too many tournaments, there’s been no time to recover. It was an issue with stamina.”

“I’d lost to Gilmour twice before, the last was in the Indian league, that was pretty bad, so I prepared well and today she maybe didn’t perform so well,” said Zhang. “I played a lot close to the net, my feeling was pretty good, and kept the shuttle tight. Sung Ji Hyun will be on home court, it’s good for her, but there’s no pressure on me. You never know what will happen in these conditions.” 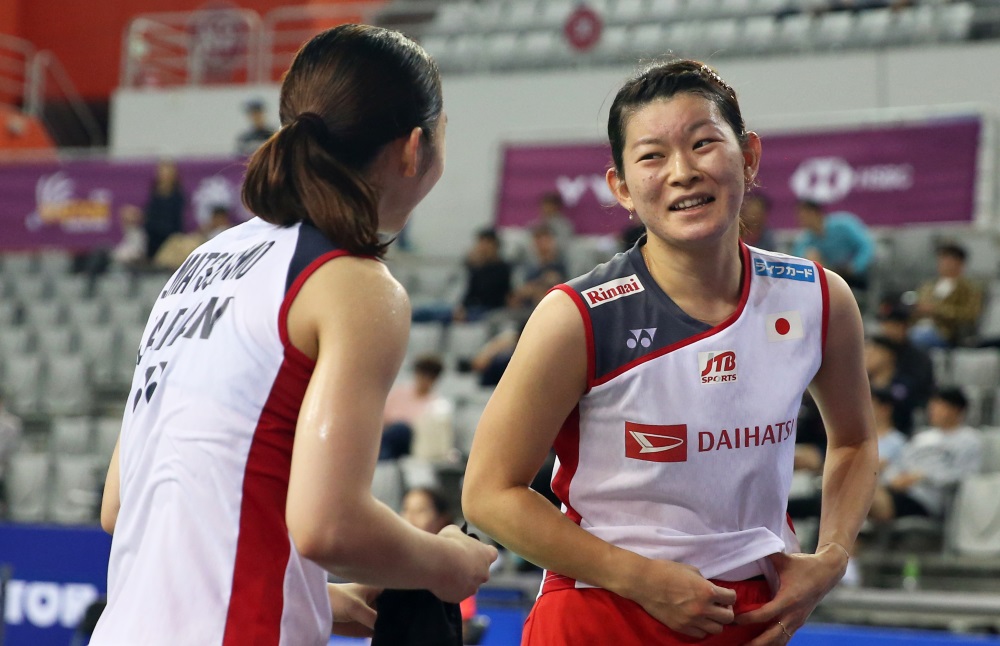 Fukuman and Yonao were the only Japanese pair to be taken to three games, as they made their way past Indonesia’s Anggia Shitta Awanda/Mahadewi Istirani Ni Ketut, 19-21 21-14 21-12.