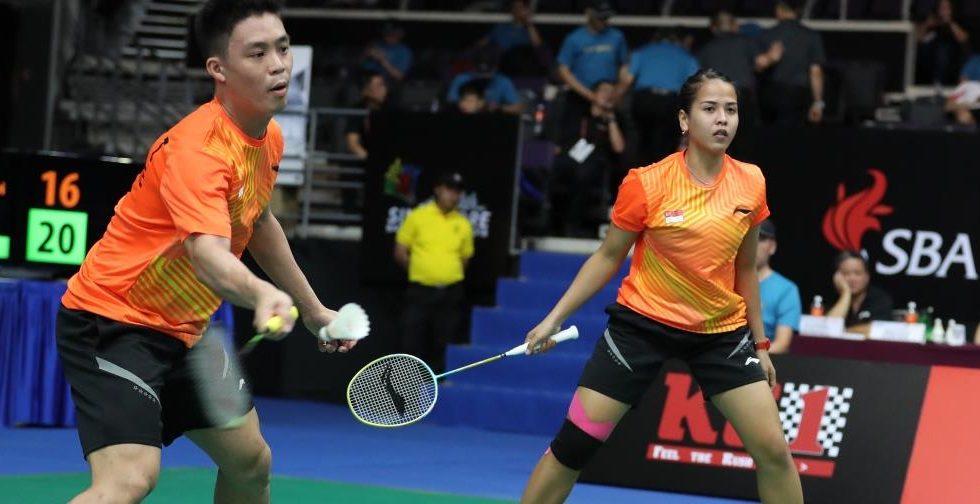 Leading Mixed Doubles contenders – Chris and Gabby Adcock – avoided disaster in the opening round of the Singapore Badminton Open 2018 this evening, rebounding from a game down to advance to the second round.

The No.4 seeds were slow off the mark in their opening game versus Yantoni Edy Saputra and Marsheilla Gischa Islami as the Indonesians lead from

“They are very talented and they played well. We were not quite on it today, maybe still recovering from last week but we’ve got a day off tomorrow and we will be back on Thursday,” said a relieved Gabby.

Having reached the semi-finals in Malaysia and last weekend’s final in Thailand, the husband-and-wife pair are aiming to go one better in the Lion City as they fine-tune their World Championships build-up.

“Hopefully we can make a push this week. The match practice we are getting is world class. You can’t get much better than playing these events. We are feeling good and it’s more about being mentally prepared for the World Championships. We are in good physical condition and now it’s about getting our minds ready,” added Gabby. 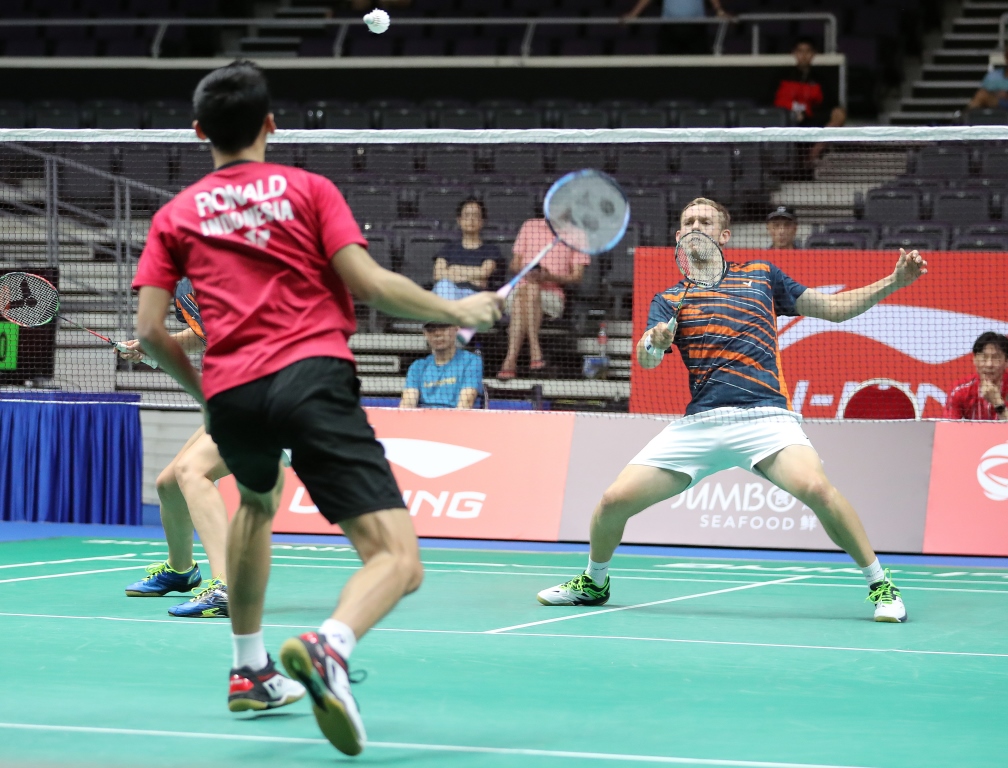 Germany’s Marvin Emil Seidel and Linda Efler also withstood a similar challenge against another Indonesian duo, Ronald Alexander/Annisa Saufika. The No.6 seeds triumphed 15-21 21-17 21-19 in 53 minutes. Another German tandem – Mark Lamsfuss/Isabel Herttrich – savoured the distinction of knocking out Lu Kai who was defending the Mixed Doubles title which he won with Huang Yaqiong last season. Despite his best efforts, the Chinese player and his new partner, Chen Lu, were eliminated 21-13 21-19 by the No.5 seeds.

Meanwhile, local doubles player Terry Hee again rued the lack of experience which he needs to beat more seasoned rivals. Having missing match point against Lu/Huang in last year’s Singapore event (with then partner Tan Wei Han), Hee again fell short in the mixed discipline today. He and Putri Sari Dewi Citra were on track to extend No.2 seeds, Goh Soon Huat and Shevon Jemie Lai, to a third game, when they suddenly folded as three game points went a-begging. At 20-17 in the second game, Hee and Citra lost five straight points as the Malaysians rolled past them to victory: 21-16 22-20.

“The big difference between us and top players is that they are more focused and sure about their shots and plans in various situations. I think we can match them in the technical and physical aspects but we are sometimes not very confident and are very rushed. We need to calm down and think about what we need to do. That mental part is the most important,” he said in the candid self-assessment.

Earlier in the day’s qualifying round the following players/pairs earned places in the main draw:

Earlier in the day’s qualifying round the following players/pairs earned places in the main draw: