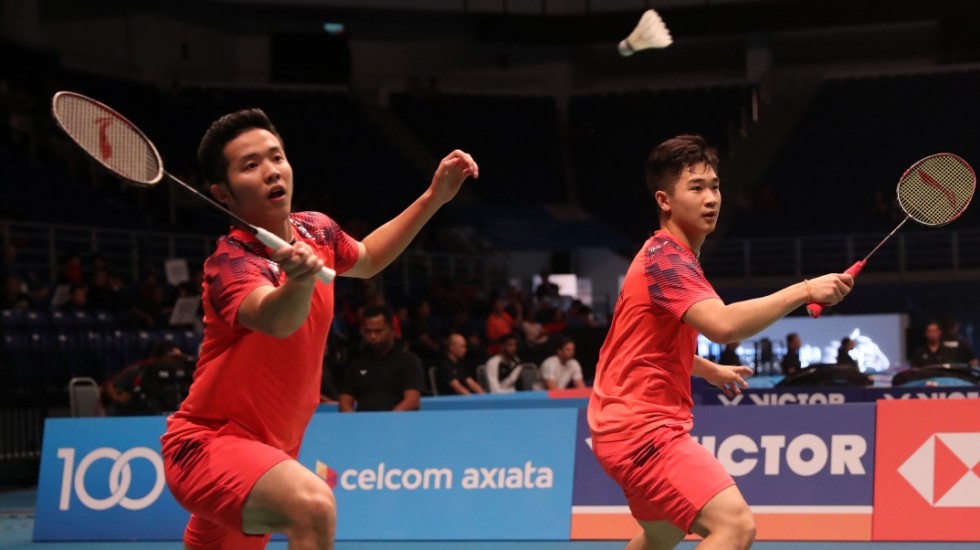 tournament in nearly a year as they came up short against young Chinese He Jiting and Tan Qiang at the Celcom Axiata Malaysia Open 2018 today.

The ‘Minions’, whose last quarter-final loss was at the TOTAL BWF World Championships last August, started confidently and even showboated around but the Chinese were alert to their tricks and had the better of them in the rapid exchanges. Uncharacteristically, Fernaldi and Sukamuljo’s errors began to pile up and they looked a shadow of 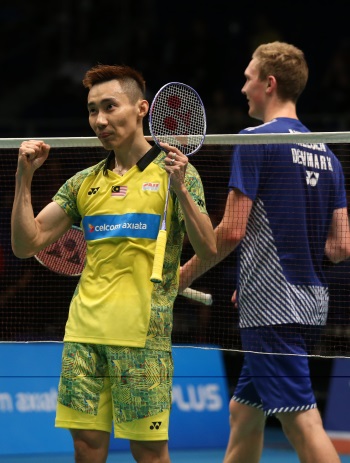 “This is the first time we’re playing them,” said He Jiting. “They weren’t familiar with our style of play. I think our understanding and coordination was better than theirs. The spectators were behind them but we were well focussed today and that didn’t bother us.”

This is their second major semi-final, having made the last-four at the French Open 2017.

Axelsen, feeling the effects of a cold he’d picked up earlier this week, was combative in the beginning, but the loss of a close first game appeared to deflate him. The Dane was visibly worn down after every long rally, and Lee exacted full toll.

“Full credit to Lee Chong Wei, he was better than me today,” said Axelsen. “I couldn’t breathe at times but that’s not an excuse. He was just the better player.”

Lee might have anticipated a showdown with All England champion Shi Yuqi (China), who has been in good form this season, but instead, the Malaysian will be taking on Tommy Sugiarto. The Indonesian was the surprise package of the day, turning back the clock with an aggressive performance against the third seed, who went down 13-21 21-13 21-13. 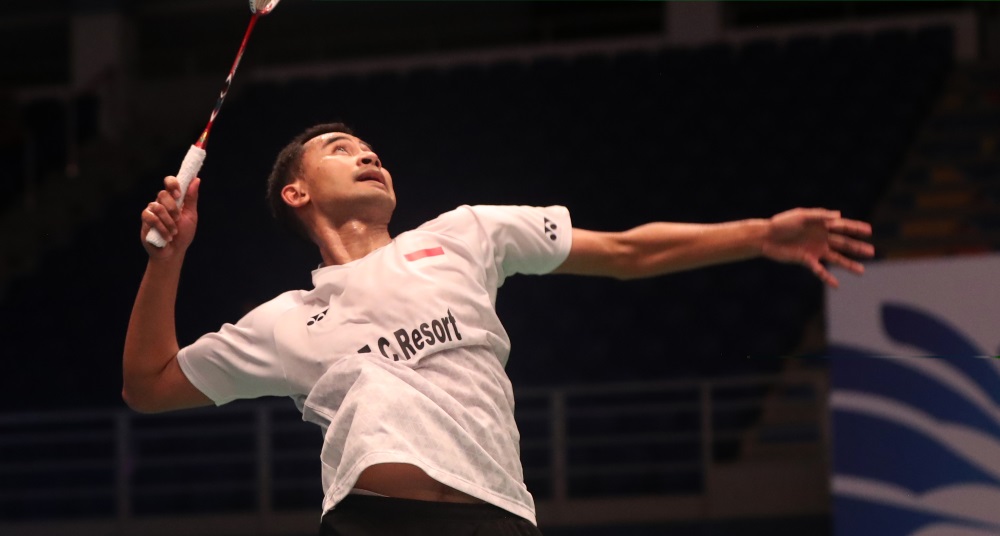 “I was quite taken aback by his aggressive game in the beginning,” said Sugiarto. “I changed my tactics and it helped. I’m surprised I could keep up with his speed, but I’ve been working hard and preparing well after I lost to him the last time.”

Asian champion Kento Momota’s dream season showed no sign of fading as he won his 20th match on the trot, beating Chinese Taipei’s Chou Tien Chen 21-19 21-11. The Japanese takes on India’s Kidambi Srikanth, who was never in trouble against France’s Brice Leverdez, 21-18 21-14.

Kidambi’s compatriot Pusarla V Sindhu will also be in action in the semi-finals; the Indian prevailed in the battle between the Olympic finalists against Spain’s Carolina Marin, 22-20 21-19, earning a tilt at the World No.1 Tai Tzu Ying. 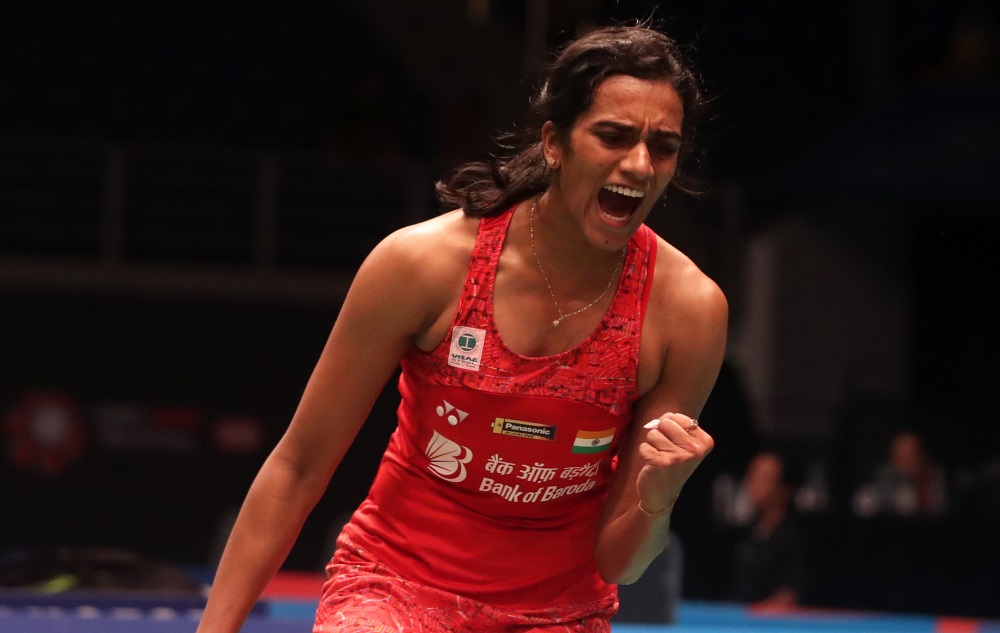 Three of the four Women’s Doubles quarter-finals were closely fought. Korea’s Kim Hye Rin and Kong Hee Yong withstood the tenacity of China’s Du Yue and Li Yinhui and squeezed out a 21-16 21-23 21-19 result, ensuring their first semi-final in an event of this level.

“It was very tough for us at the beginning, we had to face difficult opponents yesterday too,” said Kim. “It is our first major semi-final, so we are very happy. We had to stay focussed on each point and stay positive.” 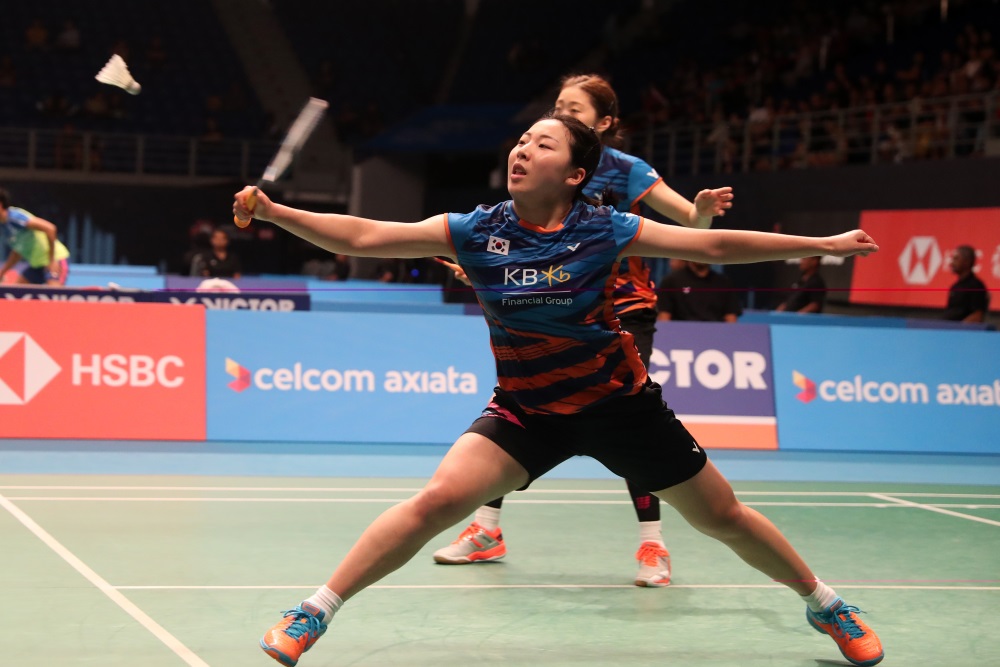 Fifth seeds Matsutomo/Takahashi were caught in a long battle with compatriots Mayu Matsumoto/Wakana Nagahara, with the experience of the senior pair proving the difference as they claimed the win 21-18 19-21 21-15. In the other quarter-final, Haris/Pradipta recovered from the loss of a close second game against China’s Li Wenmei/Huang Dongping to win 21-15 21-23 21-17.

Japan’s Yuta Watanabe will be in two semi-finals as he advanced in Mixed Doubles too, with Arisa Higashino. The All England champions won an entertaining bout over Hong Kong’s Tang Chun Man/Tse Ying Suet, 23-21 16-21 21-15 and will face Asian champions Wang Yilyu/Huang Dongping. The other half will have England’s Chris Adcock/Gabrielle Adcock against China’s Zheng Siwei/Huang Yaqiong.