Shi’s the One! – Singles Finals: YONEX All England Open 2018

As his legendary rival fell flat in the vital third game, Shi Yuqi pounced on the opportunity this afternoon to add his name to the illustrious list of All England champions. 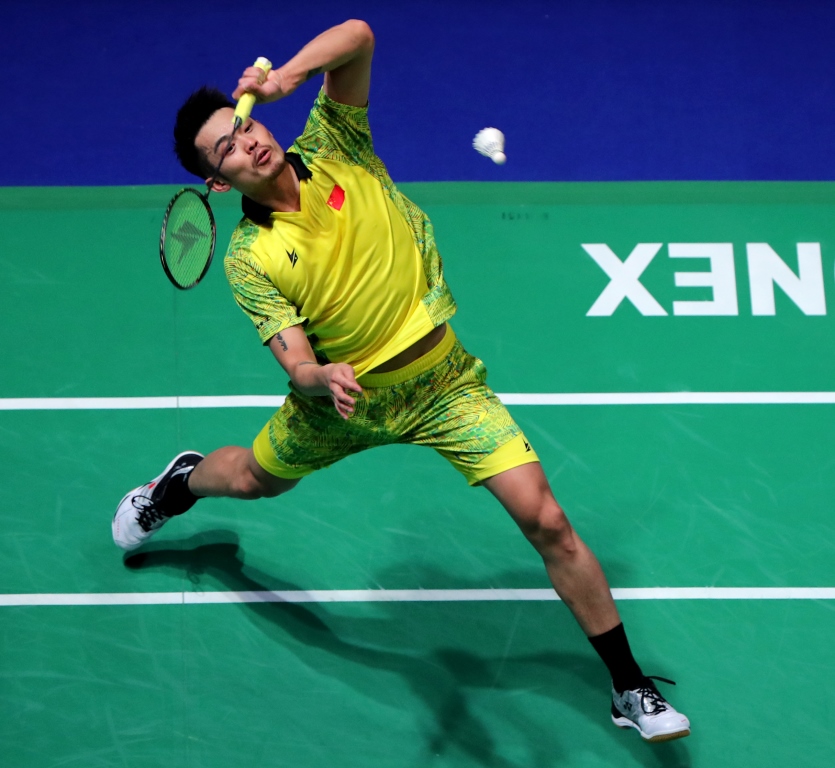 In a swift about-turn in fortunes, the Chinese player shook off a niggling knee injury to snatch the Men’s Singles title – 21-19 16-21 21-9 – from his esteemed compatriot, Lin Dan, in the finals of the YONEX All England Open Badminton Championships 2018.

Having taken the first close and compelling game, 22-year-old Shi was unable to prevent his senior statesman levelling the scores as Lin produced an incredible blend of defence and slick shot-making that drew loud cheers and chants of “Lin Dan” from the packed Arena Birmingham. Having called for medical attention to his left knee in the second game and grimacing repeatedly thereafter, Shi looked like his challenge was waning just as Lin appeared to be hitting full stride,

However, strangely, a flurry of errors flowed from the six-time All England winner’s racket at the start of the third game as Shi rushed to an 11-1 lead. Despite a few flourishes, Lin continued to struggle, hitting wide or into the net as Shi – realising he was nearing the finish line – summoned his remaining energy to strike some telling blows. The end came tamely, Lin Dan tapping a return into the net.

“I am thrilled to win the All England Open Championship. This is one of the most prestigious and important badminton tournaments in the world. I feel honoured to be added to the small number of players who have won this event and happy to be a champion here,” declared Shi who broke the vice-grip which the trio of Lin, Chen Long and Lee Chong Wei has had on the Men’s Singles title since 2009.

Noting he and his opponent are very familiar with each other’s tactics, the victor said he had to change his plan slightly “to reach the level of performances expected”.

“Playing against such an experienced player was difficult. I was being patient and controlling my pace to get the match back in my favour. I felt confident about winning today as I have beaten Lin Dan before. This is reassurance of my ability to be a really good Men’s Singles player.”

Somewhat frustrated, Lin acknowledged his inability to push on and take advantage in the third game as his deft touch and net play deserted him.

“I was in a hurry to win the match and this caused a lot errors. I didn’t have the right mindset. I’m not happy about that,” said the 34-year-old. 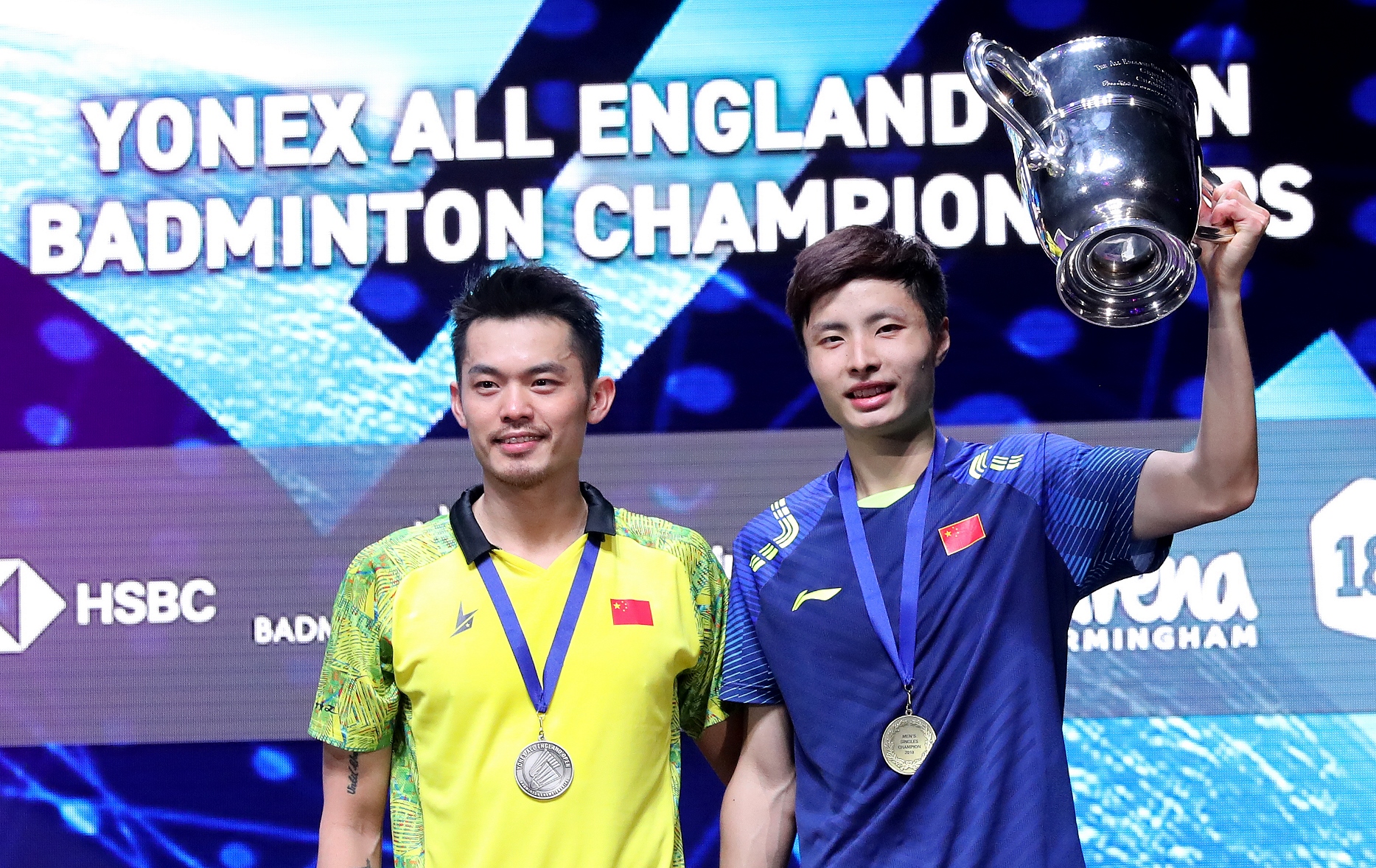 Meanwhile, the queen of Women’s Singles – Tai Tzu Ying – ensured she will be leaving Birmingham with her kingdom intact, repelling a stout early challenge from Akane Yamaguchi versus whom she had a 5-5 head-to-head record. The resilient Japanese No.2 seed was neck-and-neck with the defending champion in the opening game, eking out a valuable opportunity to grab the lead. However, from 19-20 down, Tai claimed three quick points to snuff out danger. 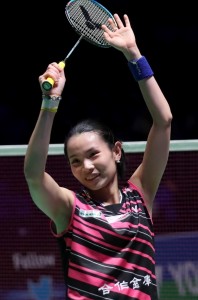 The athletes’ fortunes were polls apart in the second game as the Chinese Taipei star played with more assurance and authority, whipping the shuttle around at will, while Yamaguchi’s efforts slowed and, with that, any hopes of taking the honours vanished. The runner-up acknowledged as much in the aftermath of Tai’s 22-20 21-13 success; an almost nonchalant, angled drop shot securing her reign for another year.

“It was really hard because I was chasing all the time. I was hardly ever leading the match and I didn’t get many opportunities. If I had done a better job keeping up with her speed – and being able to take control and decide the positioning of the shots – then I may have had a chance,” assessed Yamaguchi.

Happy but easy-going, the 23-year-old two-time champion was pleased to retain her title, admitting she was initially concerned about Yamaguchi’s potential threat as the diminutive Japanese can run fast and never gives up.

“Both of us were tired from the semi-finals so I tried to be patient and not make too many mistakes today. I am really happy to win again.” 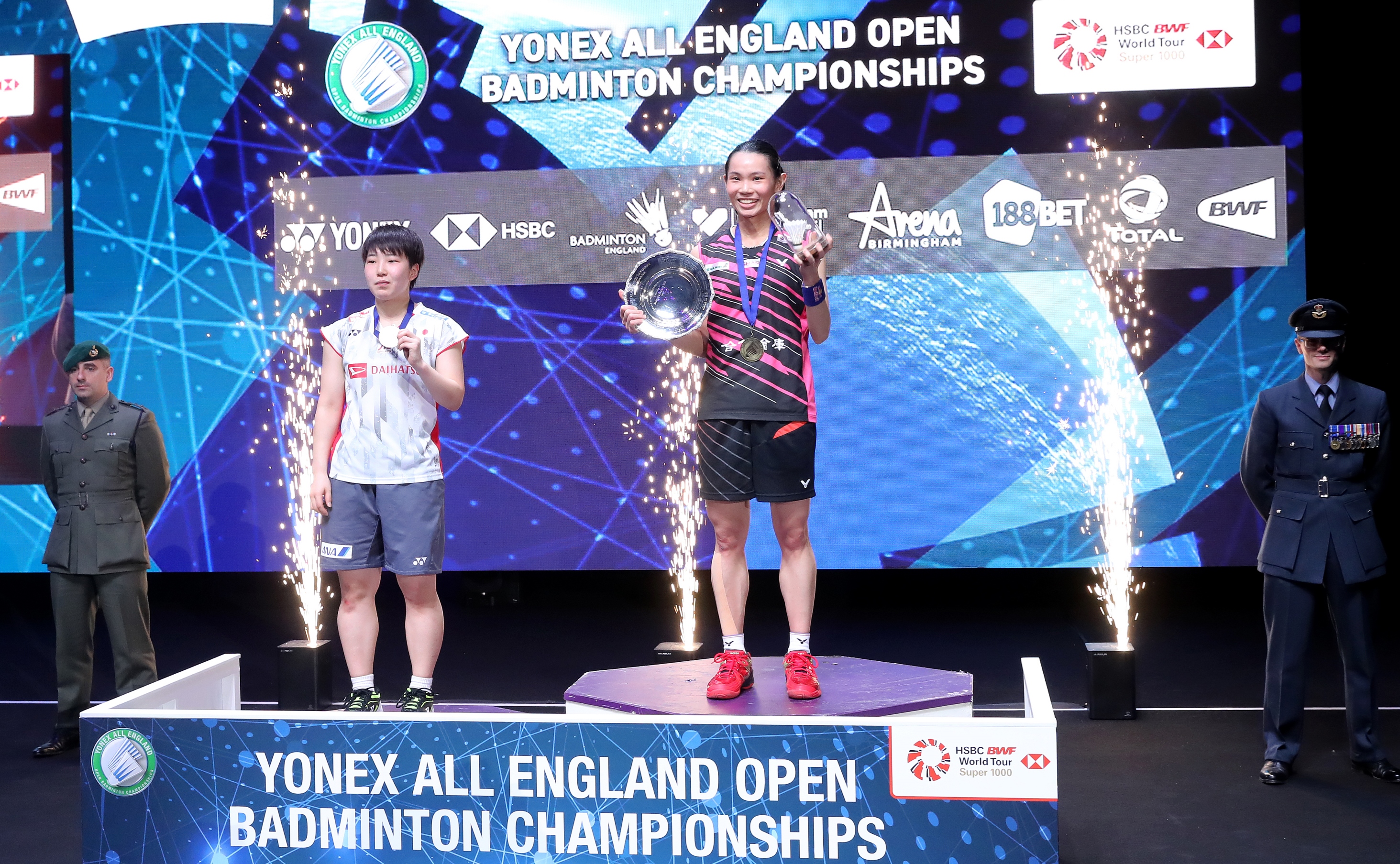