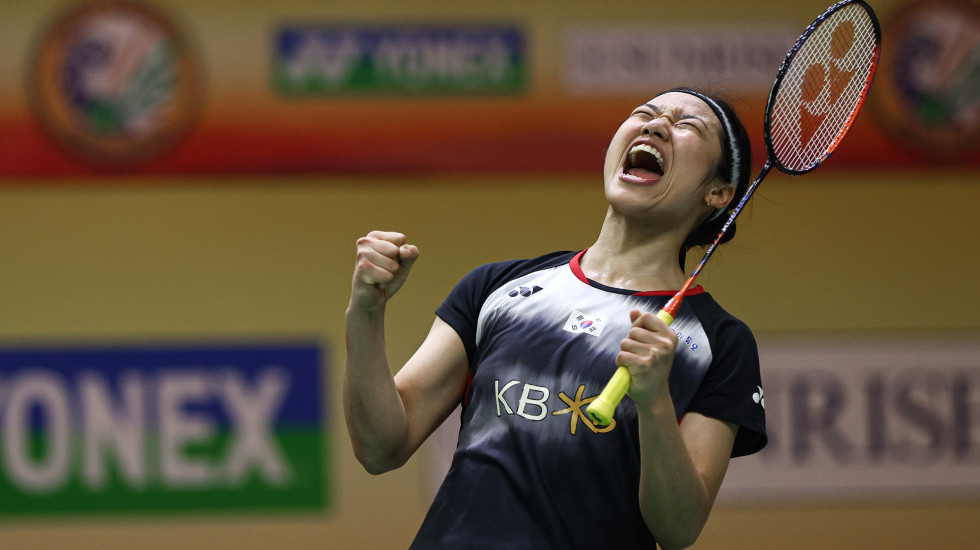 An Se Young finally broke through against the last top 10 player she’d never beaten. After four losses in four matches against He Bing Jiao, the Korean worked out the solution in the 74-minute semifinal of the YONEX SUNRISE India Open 2023.

He Bing Jiao’s craftiness and forceful attack saw her off to a quick lead, but then An Se Young buckled down for the long, patient rallies that are her trademark, to wear down the Chinese left-hander. Under steady, slowish conditions without drift, An’s accuracy and defensive prowess proved a formidable barrier for He Bing Jiao, who nevertheless stayed stubbornly in the contest until 14-all in the third, after which she faded away.

“Just because I lost to He Bing Jiao four times doesn’t mean I didn’t learn anything,” said An Se Young, who will take on world champion Akane Yamaguchi in their second final in two weeks. “I have been continuously learning from my mistakes against her, and that helped me win this match. I analysed my mistakes from the first game, and it got easier to play without making those mistakes.

“In the first game I felt I wasn’t moving well, but then I got my energy and speed going.”

It will be their sixth career final and 16th faceoff overall. Yamaguchi leads their head-to-head 10-5.

The world champion made her way into the final in just 39 minutes as she countered Thailand’s Supanida Katethong 21-17 21-16.