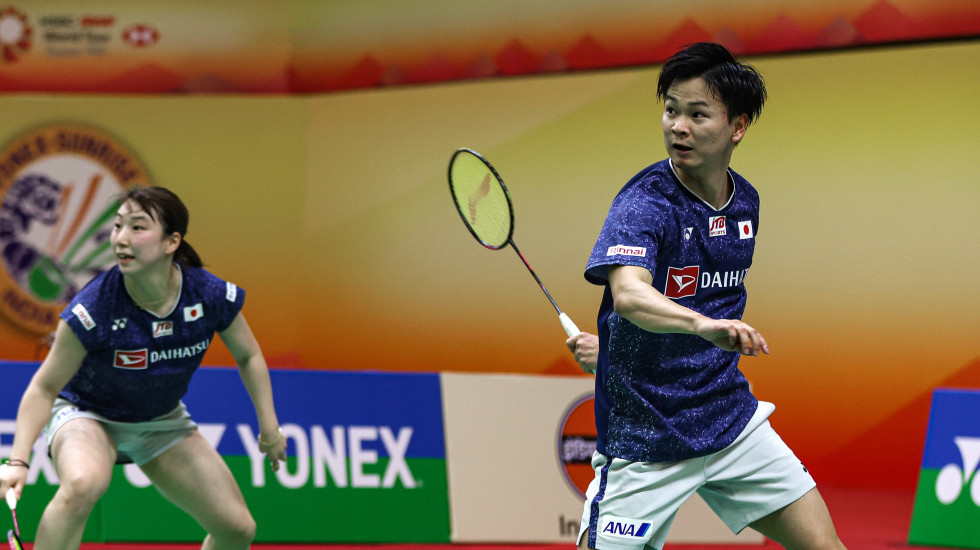 After 25 wins on the trot, Zheng Si Wei and Huang Ya Qiong touched down to earthly levels again. Their rare loss – only their second as a pair in 13 tournaments – came at the hands of Yuta Watanabe and Arisa Higashino in the semifinals of the YONEX SUNRISE India Open 2023.

The world champions recovered well from a first game loss, but the third was anti-climactic, with the Chinese trailing all the way, and when they came off, Zheng and Huang didn’t appear particularly crestfallen.

“My condition is not good at all,” said Zheng. “Huang Ya Qiong kept encouraging me and giving me confidence. We need some rest. We will go back to China for Chinese New Year and then we will go to the All England.

“At this tournament I lacked some motivation. I tried to push myself up, but I couldn’t.”

The Olympic champions struggled to find their rhythm, with Wang in particular making numerous errors in the third game. Yet, with the Koreans having the edge at 19-18, Wang raised his game and set up the winners to take the match.

“I was in a hurry to complete the match, and I’m upset about that,” said Kim Won Ho. “We had a chance to beat them. I rushed things too much.”

“I made a lot of mistakes,” admitted Wang. “But more important is that we could stay in the match. We were lucky today.”