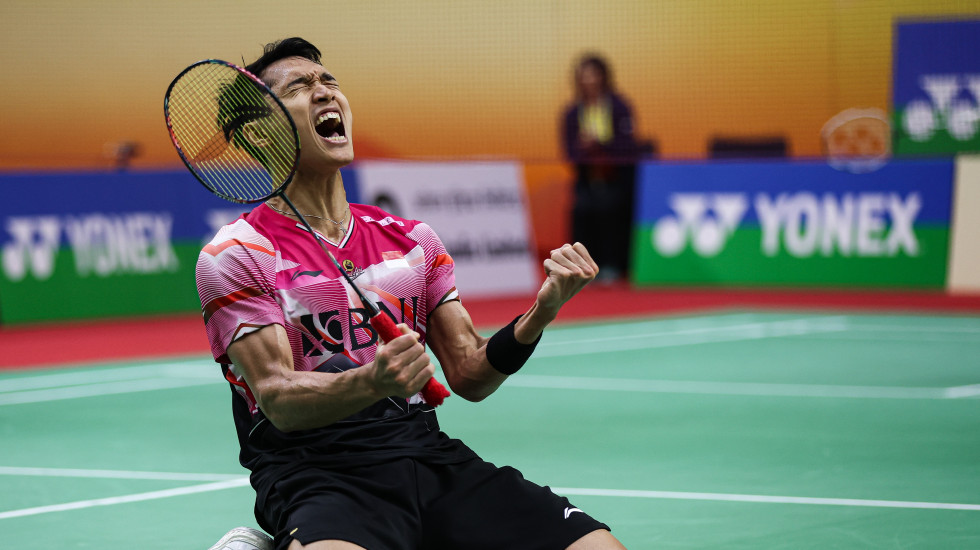 Eight of their 11 matches have now gone three games. Jonatan Christie and Chou Tien Chen once again pushed each other to the limit in the quarterfinals of the YONEX SUNRISE India Open 2023 in a 72-minute battle, and could barely stand when they came off court.

Chou struggled with a sore throat and the disappointment of having missed two match points at 20-18 in the third.

“We push each other, we tried to push the limit, it’s crazy. Only one can win of course. I just tried to show my best spirit on court.”

Christie, having stayed alive late in the match despite trailing, said the rivalry was probably so intense because they played similar styles.

“It’s always tough when we play each other,” said the Indonesian, who in August had to swallow the disappointment of Chou saving five match points in the World Championships quarterfinals.

“Every time I play him, it’s tough. I’m always prepared for a long match against him. It’s my first time in Delhi, and I want to say thank you to the crowd for the support.”