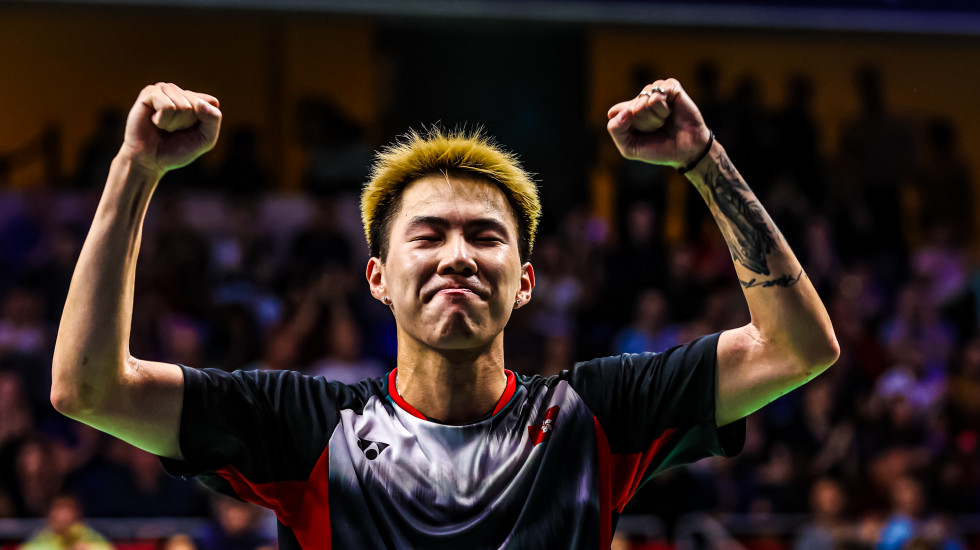 French Open: ‘I Want to be Champion’

“Champion” was Lee Cheuk Yiu’s short but firm reply when asked what he intends to achieve after marching into his first HSBC BWF World Tour semifinal in a year at YONEX French Open 2022.

The Hong Kong China player has not been among the best four men’s singles players at any tournament since losing to Viktor Axelsen in last October’s Denmark Open semis.

Yesterday, despite being pushed by the stubborn Lu Guang Zu, the world No.15 refused to give in, coming through 21-14 11-21 21-18 after 65 intense minutes. Afterwards, he vowed to remain focused on the task ahead.

“Happy (to end my wait) but not too excited. There’s another match so my priority is to warm down properly, then eat and rest well,” said the 26-year-old, whose battles all went the distance in Paris.

“I was prepared for another three-gamer. I was prepared to be tired. When it went to the rubber, my coach told me not to overthink or rush my shots. Now I want to get ready to win again.”

Unfortunately for Lee, his last four opponent – Rasmus Gemke – is as determined to lift a title after a gritty 14-21 21-18 21-11 victory over World Championships silver medallist Kunlavut Vitidsarn. The Dane lost his most recent semifinal to Loh Kean Yew at the Indonesia Open last November.

“This means so much. It’s been a tough year with a lot of injuries so ending it with a semifinal is great,” said Gemke after his triumph.

“Like Lee, I want to be champion as well. Now I need to go back to my room, get some good food, have a little nap then think about how to do it.”

Gemke’s previous final appearance was at the 2020 Denmark Open, where he finished runner-up. Lee has not featured in one since winning his home Hong Kong Open in 2019.

“We didn’t watch the Denmark Open final. Instead, we watched the match where Ha Na (and Lee Yu Lim) beat them at Japan Open because she knows how to win against this pair.” – Lee So Hee

“I love Paris. I love the stadium and the atmosphere. To have everyone shouting for you when you are away from your country, wow it’s wonderful.” – Carolina Marin

“Great to see new players coming up. I’m looking forward to the test.” – Axelsen on his maiden tussle with Kodai Naraoka

“Is it coming home? I hope so, two more matches to play.” – Ben Lane