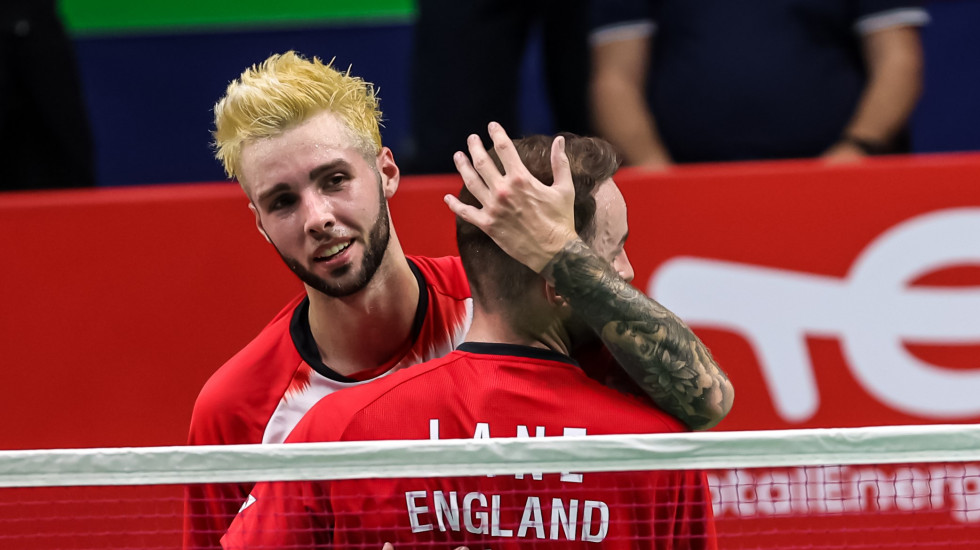 Having lost the opener 21-16 to newly-crowned Denmark Open kings Fajar Alfian and Muhammad Rian Ardianto, the English pair showed great character to claw back from 13-8 in the second game and then recover from a fluffed shot when one match point down to win 23-21.

“They were both running forward and I spooned it to the side. But we stayed focused, even though that happened at a crucial period,” recalled Lane.

The rubber was close until interval, before Lane and Vendy broke away to the finishing line. Since winning the Swiss Open in late March, this marks Alfian/Ardianto’s earliest exit.

“We had a gameplan and we believe in ourselves. When we play well, we can beat any pair,” said Lane. “We had to try and make the court big and work the four corners, which we managed for majority of the match.

“They are amazing players on good form so you have to stay focused the whole match against a pair like that, probably the best in the world at the moment, maybe in 2022.”

Being emotionally aware in intense battles is key to winning them. In the last two months, Lane and Vendy have defeated four of the world’s top 6 pairs. The Englishmen are convinced their collective resolve is improving with each tournament.

“It’s something we’ve been working on,” revealed Vendy. “We want to be a pair that never give up and always believe in themselves. Credit to us, we could have been down and out, we were 16-12 and then a game down. It’s them times that you got to find a bit of character to fight.”

Lane agreed: “We’ve had leads in the past, lost concentration and let them slip. Today, we were just not going to let that happen.”

The big result at Stade Pierre de Coubertin has left Lane and Vendy craving for more. Asked about their immediate target, Vendy responded: “We want to go all the way. Simple as that.”

To do that, the world No.13s must first see off Wang Chang/Liang Wei Keng, who they have never met, in their quarterfinal.