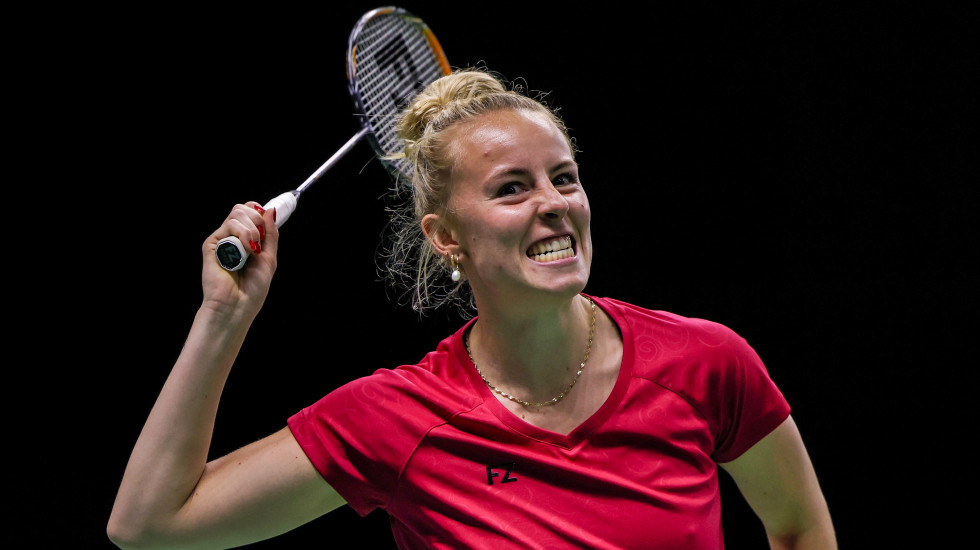 Blichfeldt Turns to Nature to Prepare for Home Event

Things haven’t gone exactly as planned for Mia Blichfeldt in 2022, but the Dane is confident she’s “on the right track” as she prepares for the upcoming European tournaments.

The world No.15 has played six tournaments this year, suffering four first round exits. Her best performance was making the European Championships semifinal, which she lost to friend Kirsty Gilmour in three games. At August’s TotalEnergies BWF World Championships 2022, Blichfeldt suffered a surprise second round defeat to Vietnam’s Thi Trang (b) Vu.

“I had trouble with my back after the flight out to Tokyo. I didn’t feel my best on court,” said the 25-year-old, who has taken in an interesting trip in the run-up to the Denmark and French Opens.

“I’m visiting an island called Bornholm in Denmark. It’s really lovely. If you enjoy the nature of Japan, you will also enjoy Bornholm, and that will all form part of my preparation for the European tournaments. I’m looking forward to playing at home. It’s always good fun.”

A week after her loss to Thi in Tokyo, Blichfeldt took a game off then world No.1 Tai Tzu Ying in the Japan Open first round “following some good practice”.

“I made enough good preparation, working on lots of physical training and cardio. I went into the match wanting to play fast at the net so Tai couldn’t play her deceptive shots to me. I kept fighting and thinking if I got one more shot over, it would be more frustrating for her. I’m still disappointed I didn’t win that match.”

That performance meant she left Japan more confident and now, although she is in a better physical and mental condition, Blichfeldt knows there is still some work to do to get to fighting form.

“I was playing aggressively in Osaka. The match was much better than what I did in Tokyo,” she giggled.

“I will keep practicing. My training is going well. I will spend more time on physical strength.”

The two-time European bronze medallist has been drawn to face Carolina Marin in the opening round of Denmark Open 2022. The quarterfinal run at the 2020 edition, where she lost to Michelle Li, remains her best showing at her home tournament.