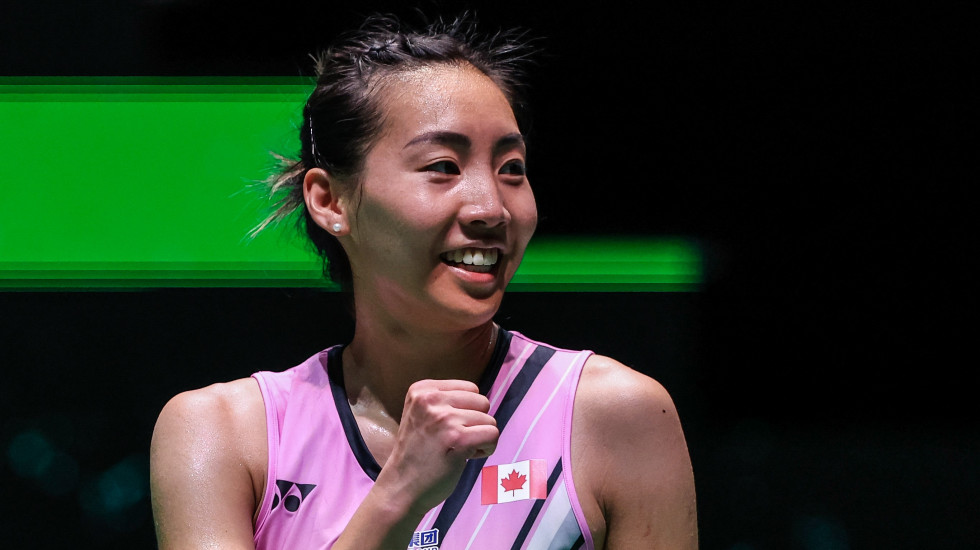 Michelle Li will be the focus of attention at her home Canada Open.

With a settled team behind her, strong performances this season, titles at the Pan Am and Canada Open, and a refreshing holiday in Hawaii, Michelle Li is in a good space at the moment.

There are just a few more events to go before the season closes, and the Canadian can draw a lot of positives as she prepares for the European swing in October beginning with the Denmark Open.

Li was just back from her holiday in Hawaii and hadn’t set high expectations for her home tournament, but was still strong enough to claim her fourth title. The highlight of the week was her semifinal against Saena Kawakami, where she held off five match points. The final, against Sung Shuo Yun, was a more straightforward affair.

“It’s definitely special winning the tournament when you’re at home,” said Li. “You don’t get those chances very often. It’s really nice to be able to showcase what I’ve been working on in front of familiar faces and people who are supporting me, and I think that also helped me fight a lot because the crowd was on my side.”

The Canadian’s recent performances are a direct reflection of developments off-court. Beginning this year she built a team around her, consisting of a coach, a trainer and a therapist. With that support available to help her handle the rigors on court, Li made four quarterfinals (including the World Championships), finished runner-up at the Commonwealth Games, won the Pan Am Championships and the Canada Open, and could reflect on wins over tough opponents like Ratchanok Intanon, Nozomi Okuhara and Beiwen Zhang.

“This year I’ve had a team. I started working my strength and conditioning coach, alongside with my therapist, and I’ve always had a sparring partner, and now I’m getting some help with admin work too, so I can have more time focusing on court; less time organising flights, and hotels and all that emailing stuff. That stuff is actually the worst because it takes so much time and brain energy. Obviously a lot of independent athletes have to do it. I still do it. But it’s just nice that sometimes I can ask someone for help. It’s not full time for them because I can’t afford to take them away from their regular jobs, because I’m still self-funded, right? They’re very professional. Even after their regular jobs, they’ll still spend a lot of their extra time to make sure that I’m okay, and that I’m on track.”

Li will head to Denmark and France feeling upbeat about her condition and recent performances. And while she still stands a slim chance of qualifying for the HSBC BWF World Tour Finals 2022 in Guangzhou, she’s more focussed on her immediate challenges.

“Coming back from Hawaii, I knew that the time frame was really short before the Canada Open, so I wasn’t really expecting to win the Canada Open. I just trained a couple of days and then went to compete and tried to do my best; I treated it more like practice to prepare for Denmark and France. I think the win gave me a very good step forward, like a confidence booster, to get the matchplay back. And competing and focusing, because after Hawaii, I was definitely on island time. It was a very quick turnaround to focus be disciplined again. I think Canada Open was like a very good practice tournament for Denmark and France and it’s a bonus that I won.

“I’m not surprised that the draws in Denmark and France are very tough. But I want to play the best because I want to beat the best. I feel good. So hopefully I can perform and I’m looking forward to it. I just want to enjoy it and just keep growing.”