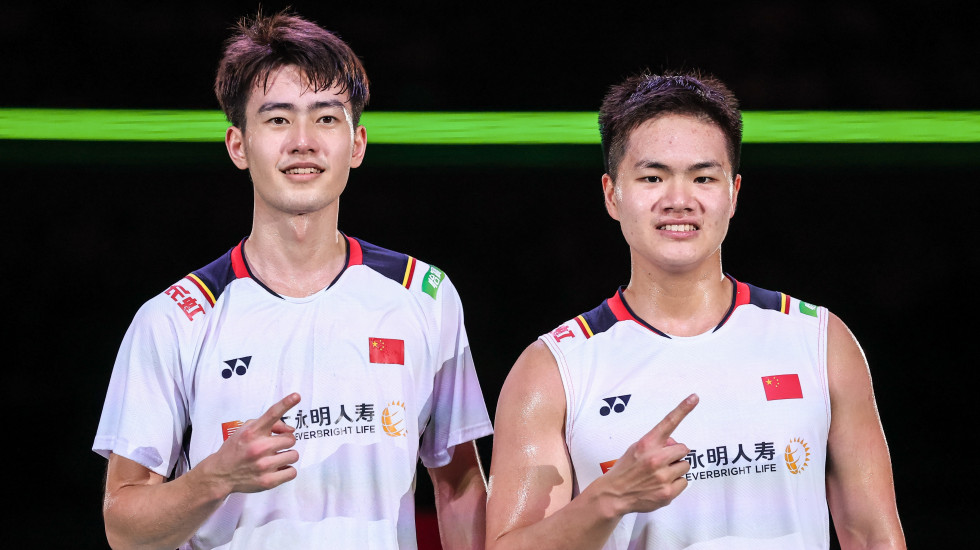 Japan Open: ‘This is Why We Play Badminton’

Plain honesty followed from Liang, who called the triumph “a dream come true”.

“I won’t lie, I did think about winning the title before stepping onto the court. What’s the point of playing if you can’t become champions? This is unbelievable,” he beamed, proudly clutching his trophy.

Liang was in fine form throughout the match, sending powerful smashes from the backline, and at one point breaking Rasmussen’s strings.

Wang admitted they came into the match with a clear plan after outfoxing World Championships runners-up Mohammad Ahsan/Hendra Setiawan, and Fajar Alfian/Muhammad Rian Ardianto, whom they lost to in their first final together at the Indonesia Masters in June.

“At the start of the tournament, we didn’t put too much thought into winning this title. We met strong opponents each step of the way, so our focus was on the task at hand.”

Their key to victory?

“Patience,” remarked Liang. “We analysed their match videos and realised the Danes are patient and good when it comes to long rallies. So, our plan was to stay with them, match them stroke by stroke and keep the rally going.”

Having made their debut at May’s Thailand Open, the 21-year-olds are 88th on the BWF World Rankings but have big ambitions to scale greater heights.

“This title has certainly boosted our confidence. Our next goal is to break into the top 20 by the end of the year.”