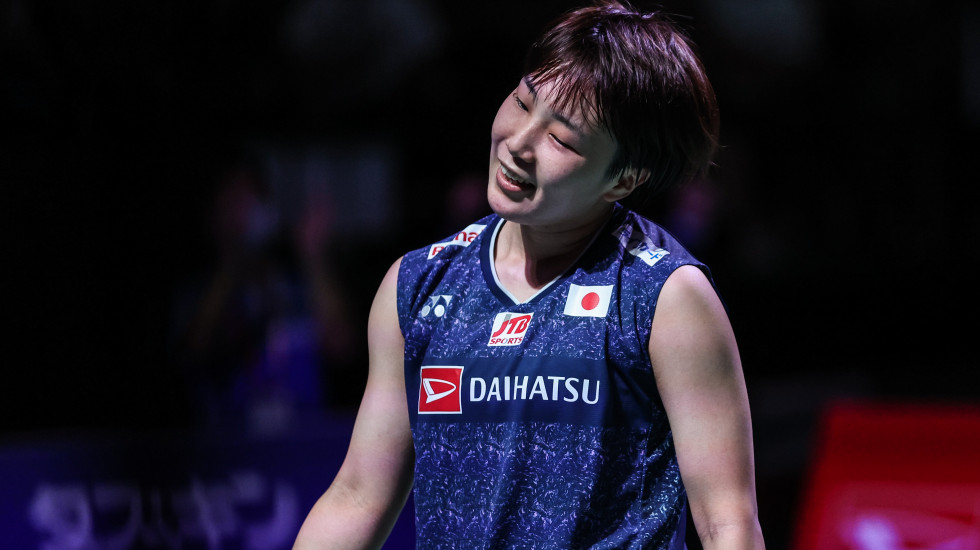 Electric out of the blocks at Maruzen Intec Arena Osaka, Yamaguchi, who last Sunday won her second World Championships – also on home turf in Tokyo – bested a fatigued An Se Young 21-9 21-15 for the crown.

“We were both tired, but I knew I needed to take control,” Yamaguchi said. “I had to push myself to the limit and use the fans to move me.

“The home crowd didn’t add extra pressure, they gave me great support in moments of difficulties. All the clapping and cheering helped me recover my feelings and continue.

“Also, I knew during the World Championships that the media attention was growing and I tried not to focus on it.”

Akane Yamaguchi 🇯🇵 and An Se Young 🇰🇷 compete for the the title in Osaka. #BWFWorldTour #JapanOpen2022 pic.twitter.com/BXpGjbX65N

Just a few minutes before Yamaguchi took to court, Nishimoto was crowned the men’s singles champion, winning 21-19 23-21 21-17 against Chou Tien Chen. Five times the bridesmaid, the 28-year-old finally scripted the first and biggest victory of his career, on home soil to boot.

Chou made the world No.21 work hard for glory – with Nishimoto holding match point in the second game, the Chinese Taipei shuttler levelled the score to force a decider.

“I’m happy and relieved,” Nishimoto said later. “I was expecting a difficult match and for Chou to make a comeback. I was disappointed to lose the second game but I was ready to fight back. He’s an established player, so I had to stay attentive. The home crowd gave me a lot of support.

“Now that I’ve won this title, I want to keep going higher. I want to be world No.1.”