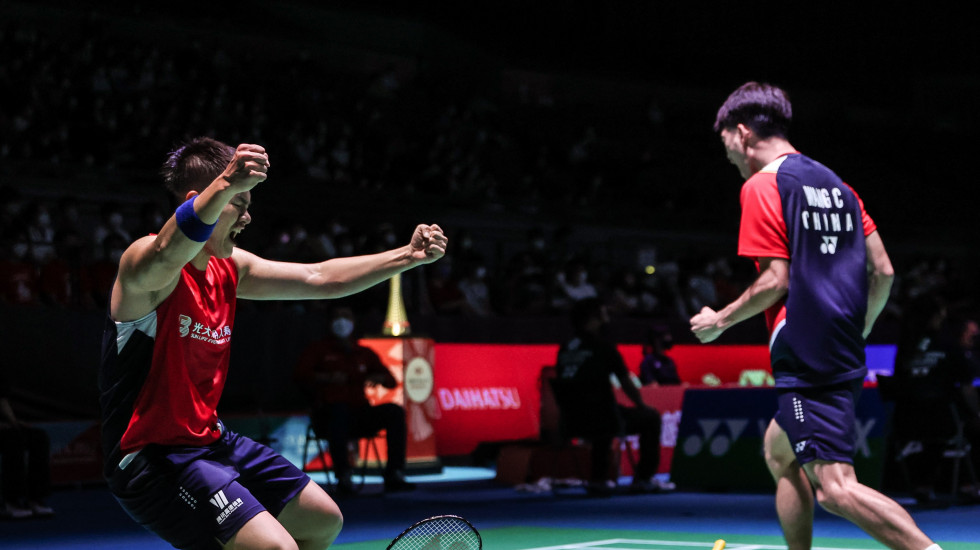 Liang/Wang are through to their first Super 750 final.

Paired only four months ago at the Thailand Open, Liang Wei Keng and Wang Chang, who are playing just their fifth tournament together, collected a 21-16 21-16 win over Choi Sol Gyu/Kim Won Ho yesterday in Osaka to reach their first Super 750 final.

Ranking the victory among their greatest achievements, the duo are now “very hungry for the gold” at DAIHATSU YONEX Japan Open 2022.

“We are extremely excited for the final. Our goal is to get our first title,” exclaimed Liang.

Defeating their heroes Mohammad Ahsan/Hendra Setiawan, and the season’s form tandem Fajar Alfian/Muhammad Rian Ardianto en route to the final, the young Chinese aren’t afraid to battle other top pairs to showcase their capabilities. The 21-year-olds already have a runners-up finish to show, having lost to Alfian and Ardianto in June’s Indonesia Masters.

“We want to break into the top 20. We know we are a new pair but there’s lots that work about our partnership,” said Wang, who revealed the duo are good friends off court too.

Wang, considered one of the most dangerous mid-court players on the circuit, said: “That’s great to hear, but I also want to be a strong all-rounder. And things work well because I have a great partner in Liang.”