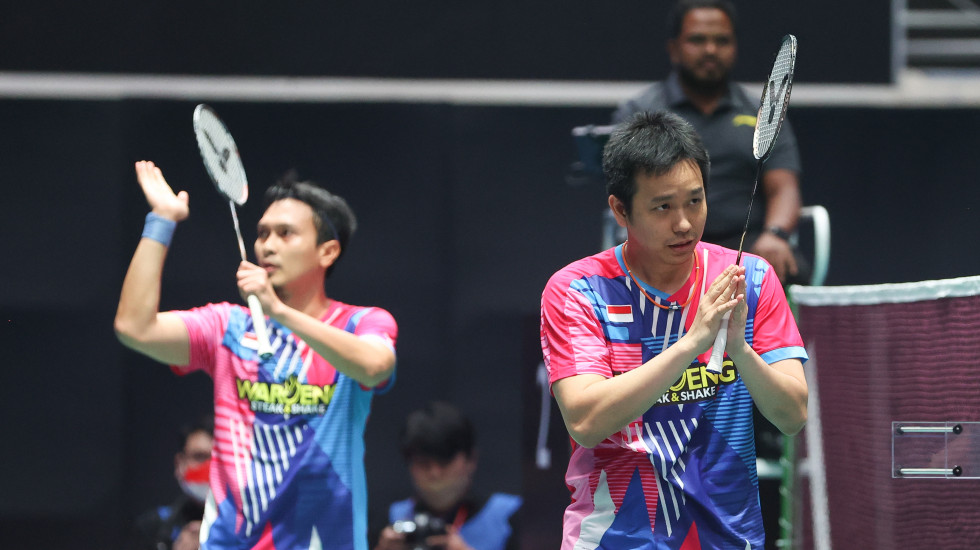 Singapore Open: One Title in Bag for Indonesia

And with all their men’s pairs passing their last eight tests, the badminton powerhouse is assured of a title as early as Friday – the first time this has happened at the event since 2002, when Chinese players Zhou Mi, Zhang Ning, Xie Xingfang and Gong Ruina contested the women’s singles semifinals.

But today’s passage was hardly plain-sailing, as three of the pairs were pushed to rubber games.

“We have extraordinary strength in this department, the competition among the pairs is super high and that keeps us all on our toes. We all want to be the best among the best,” he said.

The same sentiment was expressed by Daniel Marthin after he and Leo Rolly Carnando defeated He Ji Ting/Zhou Hao Dong 21-14 17-21 21-11 in 55 minutes – the longest of the four quarterfinals.

On taking on Ahsan/Setiawan, Marthin said: “They are very disciplined and that explains their longevity. We want to follow their example but for this battle we will prepare just like we do when facing other pairs. Yes, they are our seniors but on court we always fight to win.”

Indonesia will also be represented by world No.6 Anthony Sinisuka Ginting in men’s singles and Apriyani Rahayu/Siti Fadia Silva Ramadhanti in women’s doubles.