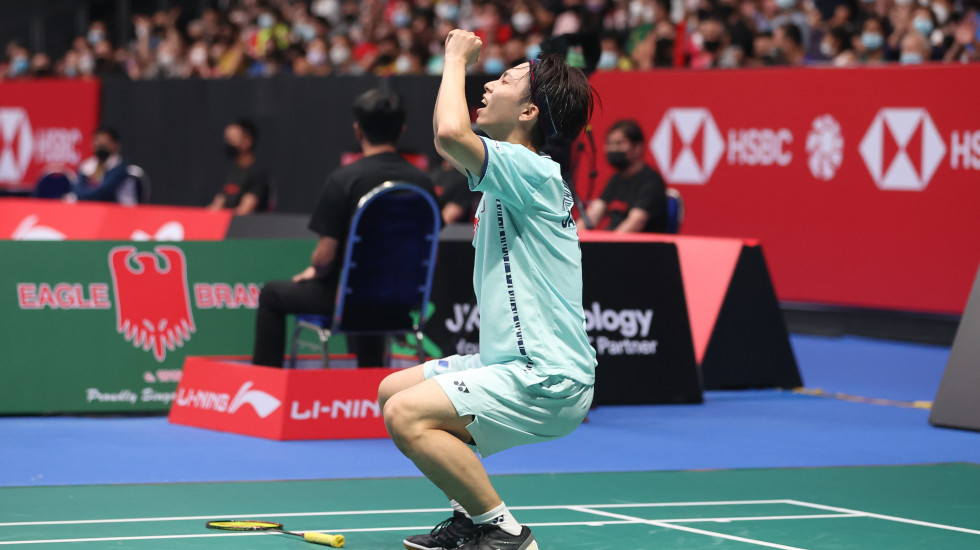 Being 24 places behind Prannoy H. S. on the BWF World Rankings mattered little to Kodai Naraoka as he scripted a come-from-behind win over the much more fancied Indian.

Naraoka’s mantra? “It doesn’t really matter the opponent’s world ranking, my job is to play my own game and do what I do best. That’s the most important thing.”

The world No.43’s sound preparation before the game also aided his progress.

“Prannoy has strong smashes so I worked a lot on defence and retrieval,” added the Korea Masters runner-up, who gained valuable exposure by playing three matches for Japan at the Thomas Cup in Bangkok in May.

“The first game I couldn’t really handle his shots but I was able to improvise in the second, which gave me the confidence to win.

“There are a lot of good players in Japan. I watch them train everyday and when I see how good they are, it gives me motivation to improve myself.”

Having made the last four of the Indonesia Open in June and the PERODUA Malaysia Masters 2022 last week, Prannoy leaves Singapore a contented man, with a bigger gig on the horizon.

“I’ve had a decent week here,” said the Thomas Cup winner. “Constant travelling over the last few weeks and I played a lot of matches so the body’s not at its freshest, which affected my focus. Looking forward to some rest and returning to training ahead of the World Championships.”