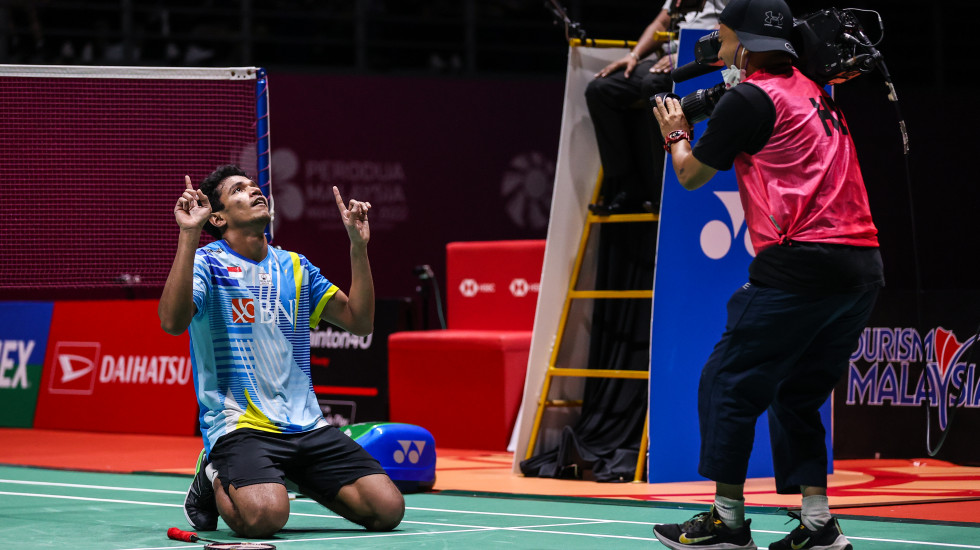 Chico Aura Dwi Wardoyo was one of those who sparkled in recent months.

The delight was obvious on Chico Aura Dwi Wardoyo’s face when he walked in to meet the reporters as the newly-crowned men’s singles king at PERODUA Malaysia Masters 2022.

“It’s a dream-come-true, a proud moment for me,” beamed the Indonesian after beating 2017 champion Ng Ka Long Angus 22-20 21-15 in 45 minutes. “This is an important title in my career, it will do my confidence a world of good.”

Just like the aura in his name, there was an air of confidence about Wardoyo on court, especially in tight situations, all week. His never-say-die spirit – he won all his matches in three games – made those present at the Axiata Arena sit up and take notice.

“I tried to keep the tempo high and that was the key to controlling the match,” said the 24-year-old of how he defeated Ng. “I prepared well as I was excited and pumped before taking to court. I’m glad I was able to handle the nerves.

“Once on court, I just tried to stay focused during the crucial moments. I managed to maintain to my composure point to point. It was good to have my coach remind me to relax.”

With his first win over the Hong Kong China shuttler in three meetings and, as a consequence, HSBC BWF World Tour Super 500 title in the bag, Wardoyo credited his higher-ranked compatriots – Anthony Sinisuka Ginting, Jonatan Christie and Shesar Hiren Rhustavito for their guidance.

“We are rivals on court but the boys have been a great support. When I was down and even now,” said the world No.45, who ousted Ginting in the quarterfinals. “Thank you to the Indonesian fans too for always being behind me.”

A gracious Ng acknowledged he lost to a better player on the day.

“My performance was not bad and I did quite well in the first game but he played better and moved faster. He was a tough opponent,” said Ng.

Wardoyo’s win also ends Indonesia’s wait for a champion in the discipline at the tournament. Simon Santoso was the last to triumph in 2014.