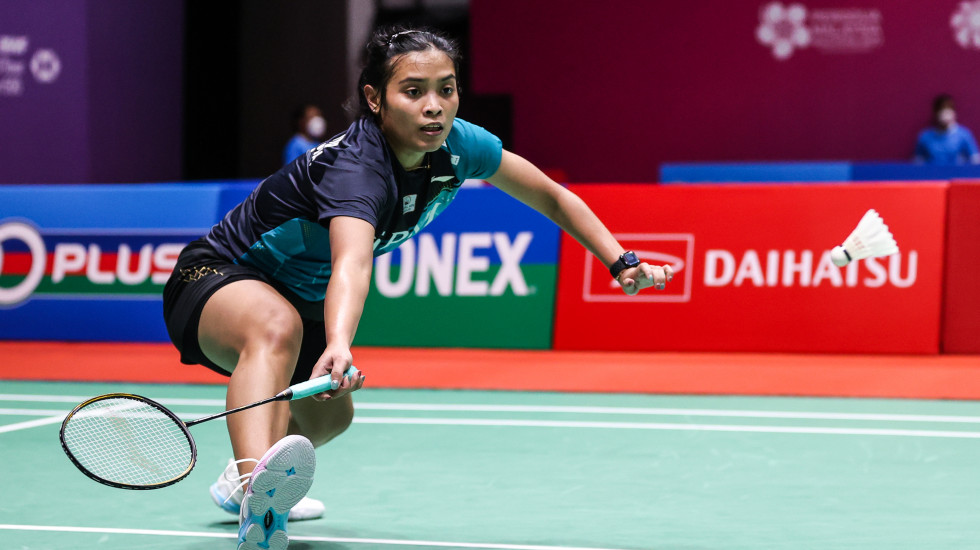 Only on Thursday the 22-year-old had ended her two-year wait for a quarterfinal place at a World Tour event and yesterday, she defeated world champion Akane Yamaguchi for the second time in as many weeks to make a return to the final four, a stage she last contested in October 2018 at the Denmark Open.

“I don’t want to stop here,” the 2017 world junior champion said with conviction after beating top seed Yamaguchi 25-23 15-21 21-10. “I don’t have much to show from tournaments in the last two years, so I want to go further, squeeze more out of myself.

“Step by step, I want to prove at each tournament I’m worthy of being Indonesia’s No.1.”

On the other end of the court today would be An Se Young, an opponent who has won both their duels, with the most recent being the 21-16 21-4 humbling at the All England Open in March.

Tunjung however, now a changed player, is playing with much freedom.

“I’ve stopped putting pressure on myself. I just want to beat whoever’s in front of me,” said the world No.31.

“I remember the loss at All England. I want to win of course but my goal is to play better than I did against Yamaguchi.”