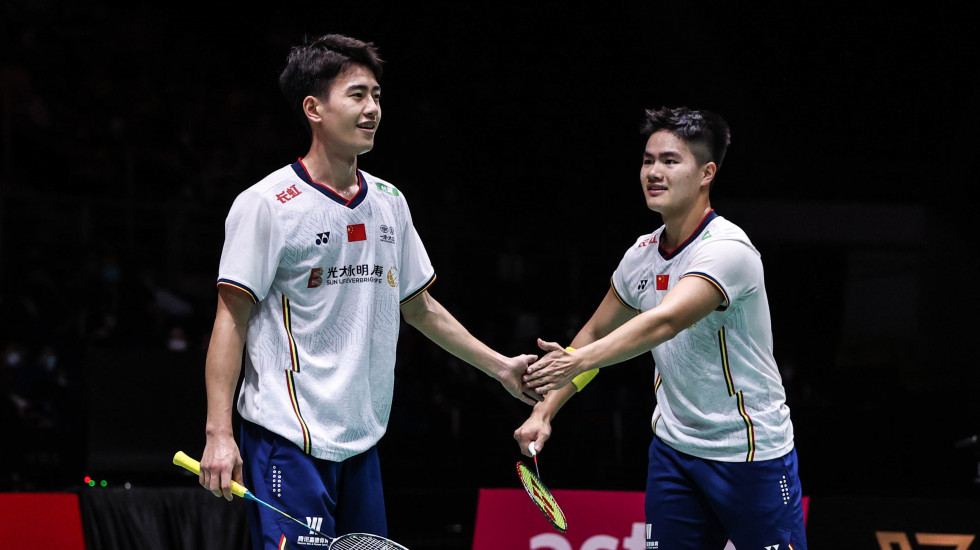 Liang Wei Keng and Wang Chang refused to get ahead of themselves despite their recent impressive results, including today’s takedown of world champions Takuro Hoki/Yugo Kobayashi at the PERODUA Malaysia Masters 2022.

The new pair, both 21 and only three tournaments old, marched into their second semifinal in a month after a hard-fought 21-14 18-21 21-18 win over the second seeds who won the PETRONAS Malaysia Open 2022 five days ago.

Playing down their victory, Liang said: “We are a new pair and of unknown quantity so that worked to our advantage. They were probably tired too after a long week, so luck was on our side. Still, it’s a great result for our partnership. We feel overwhelmed.”

Since debuting their partnership at the Thailand Open in May, Liang and Wang have beaten a few top pairs, including Tokyo 2020 bronze medallists Aaron Chia/Soh Wooi Yik and world No.1s Marcus Fernaldi Gideon/Kevin Sanjaya Sukamuljo. At the Indonesia Masters last month, the world No.198 duo finished runners-up to Fajar Alfian and Muhammad Rian Ardianto.

“Not winning in Indonesia has made us hungrier,” said Liang.

Wang, who reached a career high world No.33 with former World Junior Championships-winning partner Di Zi Jian in 2020, added: “We won’t consider ourselves world class just yet. We can beat the top pairs on our day but we are still not up to their level of consistency. We are a work in progress.”

Liang concluded: “We have our strengths and complement each other well. We just want to win as many matches as possible and break into the top 30.”

Hoki conceded they lost to a better tandem.

“We’ve played them so we expected a tough challenge. They are a strong pair, one of them hits quite hard. But we weren’t at our usual level after our win last week. Still, it was important not to lose to this upcoming pair.”