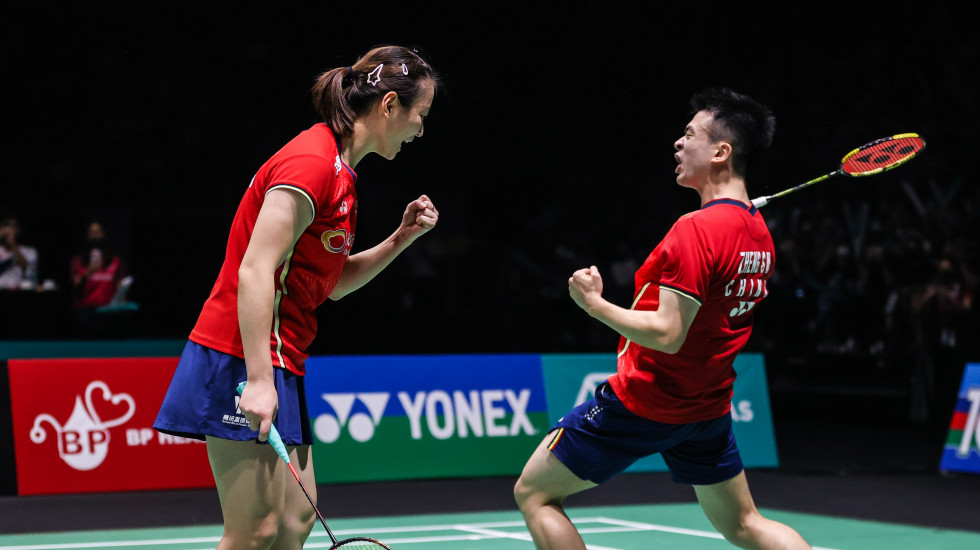 Zheng Si Wei and Huang Ya Qiong have been on fire since coming together once again after a brief outing with other partners – the PETRONAS Malaysia Open 2022 was their fifth title in a row. So why exactly did the two-time world champions start out with other partners at the beginning of the season?

“We tried different tactics with different partners, which helped us understand our own strengths, so when we got together once again we could use these strengths to get better as a partnership,” said Huang.

So comprehensive has their dominance been that in their last three title wins, they dropped just two games. In Malaysia, the only pair to pose a threat was the French duo Thom Gicquel and Delphine Delrue, but the Chinese weathered that challenge in straight games too. Yet, they are cautious against taking their supremacy for granted.

Their recent performances must be seen in the context of the Tokyo 2020 final, which they unexpectedly lost to compatriots Wang Yi Lyu and Huang Dong Ping. Zheng acknowledged that the defeat spurred them on.

“Of course our loss at the Olympic Games had a big impact on us,” said Zheng. “It hurt us and made us determined, and taught us to be more stable mentally.”

Despite their all-conquering recent form in winning their 19th BWF World Tour – and 26th overall — title as a pair, Zheng and Huang promised no relief for their opponents. The hunger is still intact.

“We just want to focus on playing very well every match; winning titles is just a result of that,” said Zheng.

♦ The Malaysia Open 2022 was Zheng/Huang’s fifth title in a row.

♦ They have lost just two games in their last three tournaments.

♦ This was their 19th HSBC BWF World Tour title and their 26th overall as a pair.

♦ Zheng achieved the rare feat of winning four straight mixed doubles titles. His first was in 2017 with Chen Qing Chen, and the remaining three with Huang Ya Qiong.