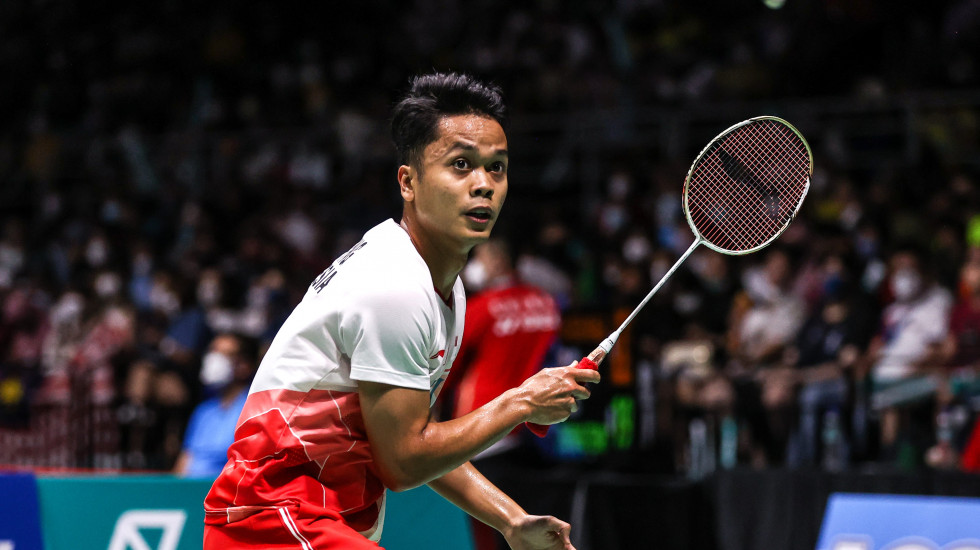 Anthony Sinisuka Ginting gave it everything he had, but it still wasn’t enough against Viktor Axelsen. As he fell to his seventh straight loss – his third in four weeks — to the Dane, this time in the quarterfinals of the PETRONAS Malaysia Open 2022, the Indonesian could be expected to feel frustrated.

Not that he admitted to it. On the contrary, Ginting sounded like an earnest student having completed a valuable lesson.

Ginting started well, keeping his high pace and intensity to claim the first game, but Axelsen’s steadiness would wear him down. At 10-7 in the third the Indonesian had the edge; all it took was a couple of uncertain shots and Axelsen was all over him in a flash. Even the sureshot winners were returned, and Ginting had yet again run into a wall.

“I think our match today was really intense,” said Ginting. “It was quite tough from beginning until the end, but I think the key was the last game because Axelsen was on the better side and he could play his strokes. I tried so hard in the last part of the second game. I won a lot of points, but he played really patiently. He is tall, he can move around the court quite well, and his defence and attack are really good.”

Axelsen, who is in the running for his fifth title of the season, was a satisfied man at the end, having shut down every window that Ginting had tried to open.

“It was an intense match today. Ginting played a great match. This is the third time we’re playing each other in four or five weeks. So obviously, we know each other well by now. However, I’m really, really happy that I managed to win this match, with these conditions here, it’s a bit of an advantage for his style of game. However, I managed to really control it well, especially in the last two games in the end. So I’m really happy about that. And super, super excited to be playing again tomorrow.

“I think I just try to take one day at a time, one match at a time, one point at a time. And so far it has been really nice. I don’t have any injuries or whatsoever. So it makes it a little bit easier to maintain and to recover well, so I’m just trying to put everything into it and play my heart out. And that’s what I’m gonna do.”

♦ Goh Sze Fei/Nur Izzuddin were the toast of the crowd in the afternoon as they overcame Indonesia Open champions Liu Yu Chen/Ou Xuan Yi 21-11 22-20.

♦ Apriyani Rahayu/Siti Fadia Silva Ramadhanti avenged their Indonesia Masters final loss to Chen Qing Chen/Jia Yi Fan, beating them 14-21 21-13 21-16. The Chinese did make it competitive at the end after trailing 7-18 in the third game at one point.

♦ Thom Gicquel/Delphine Delrue gave a great account of themselves, falling short in a tightly fought match against Zheng Si Wei/Huang Ya Qiong, 25-23 22-20.