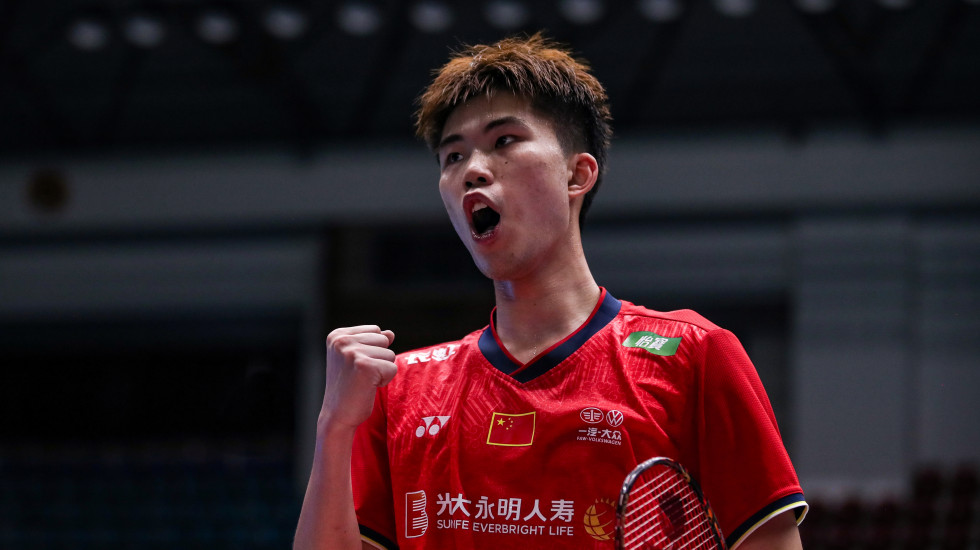 World No.156 Chinese Weng Hong Yang surged into his career’s biggest final as he made the title round of the Korea Open Badminton Championships 2022 in Suncheon.

The 22-year-old world No.156, playing his first HSBC BWF World Tour Super 500 event, held off Denmark’s Victor Svendsen in a tight first game before leaving his opponent trailing in the second, 22-20 21-13.

Weng is virtually an unknown entity at the HSBC BWF World Tour – the Korea Open is his first tournament of this year; last year he played just two international matches, at the Thomas Cup. His only previous event on the HSBC BWF World Tour was the US Open 2019 (Super 500); he has mostly been seen at International Challenge and Super 100 events, and was winner of the Lingshui China Masters and runner-up at the SaarLorLux Open in 2019.

In the final, he takes on experienced Indonesian Jonatan Christie, who made his second successive final having won the Swiss Open in March.

Overall, it was a good semifinal day for Korea. Kang Minhyuk/Seo Seungjae, in just their third event as a pair having been with different partners earlier, shot into the final beating veteran Indonesians Mohammad Ahsan/Hendra Setiawan 21-16 17-21 21-9. The Koreans face another Indonesian pair and Swiss Open winners Fajar Alfian/Muhammad Rian Ardianto in the title bout.

An Seyoung continued her dominance over Pusarla V Sindhu with her fourth win in four matches, 21-14 21-17. The young Korean is now just one win away from her first Korea Open triumph.

Jeong Na Eun however made the women’s doubles final in the company of Kim Hye Jeong as the All England semifinalists outplayed senior compatriots Chang Ye Na/Jung Kyung Eun 23-21 21-12.

♦Pornpawee Chochuwong is in her first final since last year’s All England as the Thai bounced back from an opening game loss against local hope Kim Gaeun, 17-21 21-14 21-14.

Kidambi Srikanth 🇮🇳 and Jonatan Christie 🇮🇩 face off each other for a finals spot.#BWFWorldTour #KoreaOpen2022 pic.twitter.com/jCMDmCpN3U