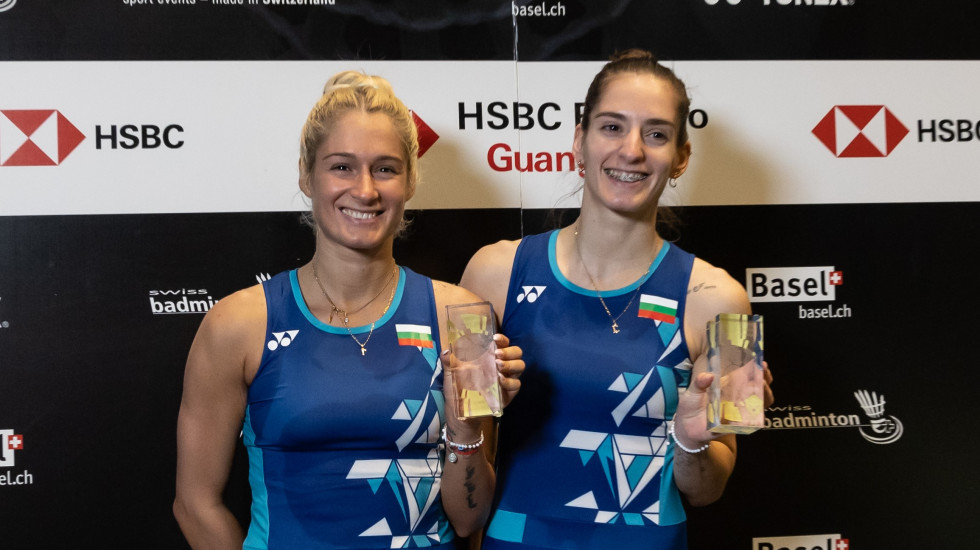 Jonatan Christie and sisters Gabriela and Stefani Stoeva at long last brought their nations joy at the YONEX Swiss Open 2022 on Sunday.

Having played bridesmaids in 2017, 2018 and 2021, the Stoevas opened the finals day with a convincing 21-14 21-12 win over Linda Efler/Isabel Lohau for Bulgaria’s first success at the tournament since Diana Koleva won the women’s singles in 1990.

It also ended the siblings’ wait for a title since SaarLorLux Open 2020.

♦ Fajar Alfian and Muhammad Rian Ardianto, also on a barren run since their Korea Open 2019 crown, later added to Indonesian celebrations after overcoming Malaysians Goh Sze Fei/Nur Izzuddin 21-18 21-19 in 40 minutes – the shortest match of the day.

♦ Last year’s beaten finalist Pusarla V. Sindhu extended her dominance over Busanan Ongbamrungphan, picking up her 16th win in 17 meetings for her second Super 300 title on the HSBS BWF World Tour this year. She won the Syed Modi India International in January.

♦ Winners of the 2018 edition, Mark Lamsfuss and Isabel Lohau walked off with another trophy, seeing off Goh Soon Huat/Lai Shevon Jemie in the only three-game final.