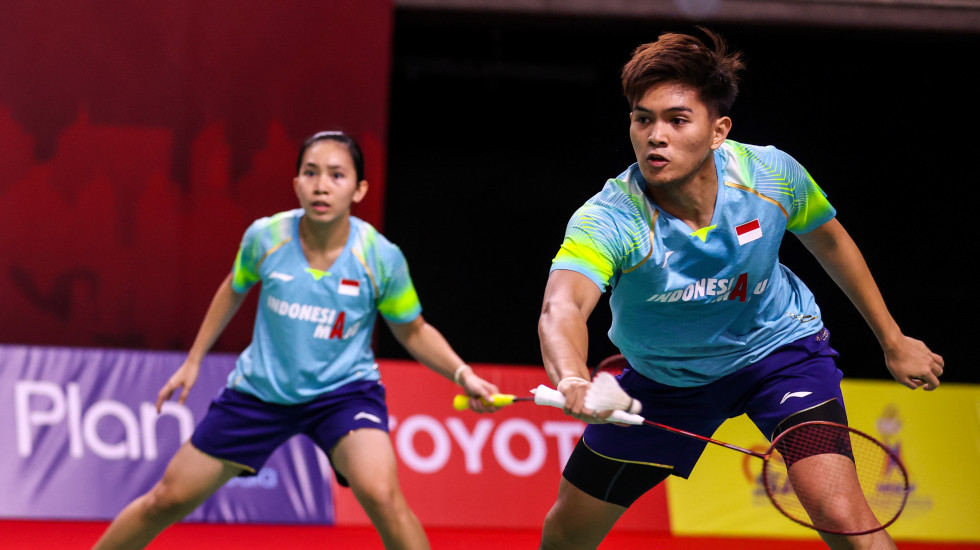 The challengers won a comfortable opening game but were involved in a tense contest in the second, edging their higher-ranked rivals 21-13 28-26.

Another seeded pair, Denmark’s Mathias Christiansen/Alexandra Boje, also had a battle on their hands against Japan’s Kyohei Yamashita/Naru Shinoya but came through in a close finish, 21-14 19-21 21-18.

India Open runners-up Chen Tang Jie/Peck Yen Wei nearly bowed out to India’s Ishaan Bhatnagar/Tanisha Crasto. The Indians won the opening game and were up 13-8 and 18-16 in the second before the Malaysians recovered to win, 18-21 22-20 21-14.