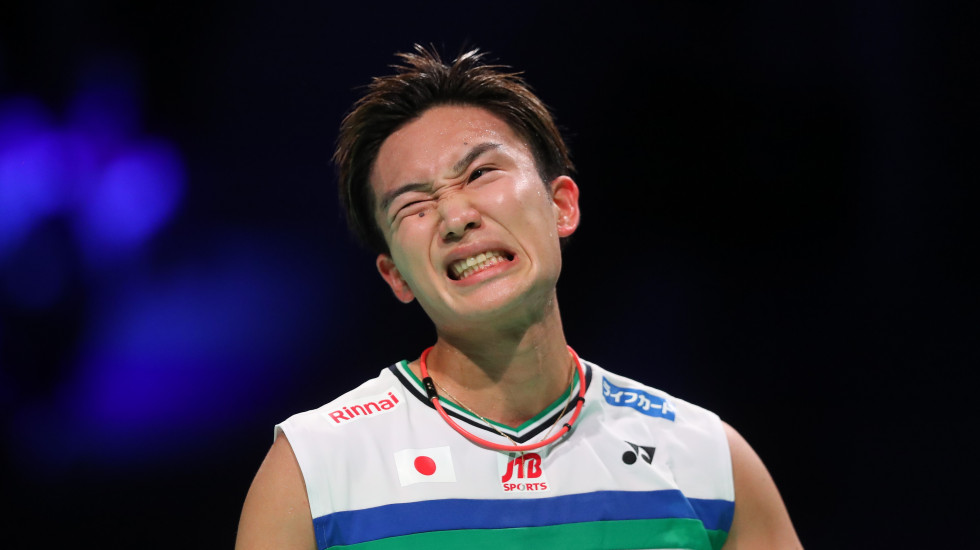 Momota has yet to find his winning touch this season.

While Tokyo 2020 mixed doubles bronze medallists Watanabe/Higashino put up some fight against Yuki Kaneko/Misaki Matsutomo before going down 21-15 21-19, defending champion and second seed Momota’s 23-21 21-9 loss to world No.19 Kenta Nishimoto in a repeat of the previous final in 2019 was unexpectedly tame.

Joining them at the exit door was recently-crowned men’s singles world champion Loh Kean Yew, who lost 21-12 16-21 18-21 to Brian Yang. It is the Singaporean’s first defeat to the Canadian world No.33 in four meetings.

Japan’s other contenders however – new world champions Akane Yamaguchi and Takuro Hoki/Yugo Kobayashi – showed the poise of winners to secure their passage into the next round.