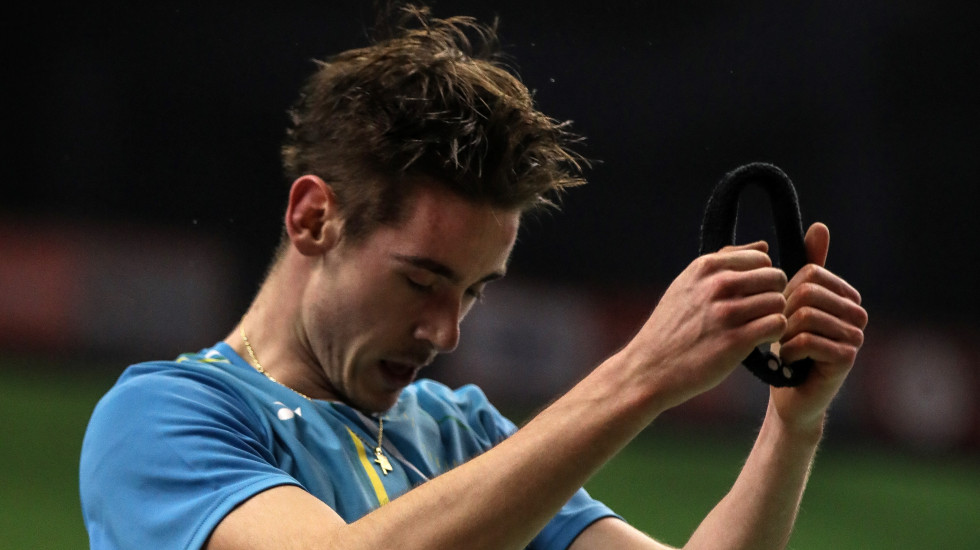 Arnaud Merkle celebrates his entry into the final.

Arnaud Merkle and Lucas Claerbout set up an all-French showdown in the men’s singles final of the Syed Modi India International 2022 in Lucknow on Saturday.

This is the furthest either has gone at an HSBC BWF World Tour Super 300 tournament.

♦In men’s doubles, Man Wei Chong/Tee Kai Wun got the better of MR Arjun/Dhruv Kapila; their opponents in the final will be local duo Krishna Prasad Garaga/Vishnuvardhan Goud Panjala.

♦The mixed doubles will be an all-Indian affair, with Ishaan Bhatnagar/Tanisha Crasto taking on Hema Nagendra Babu/Srivedya Gurazada.