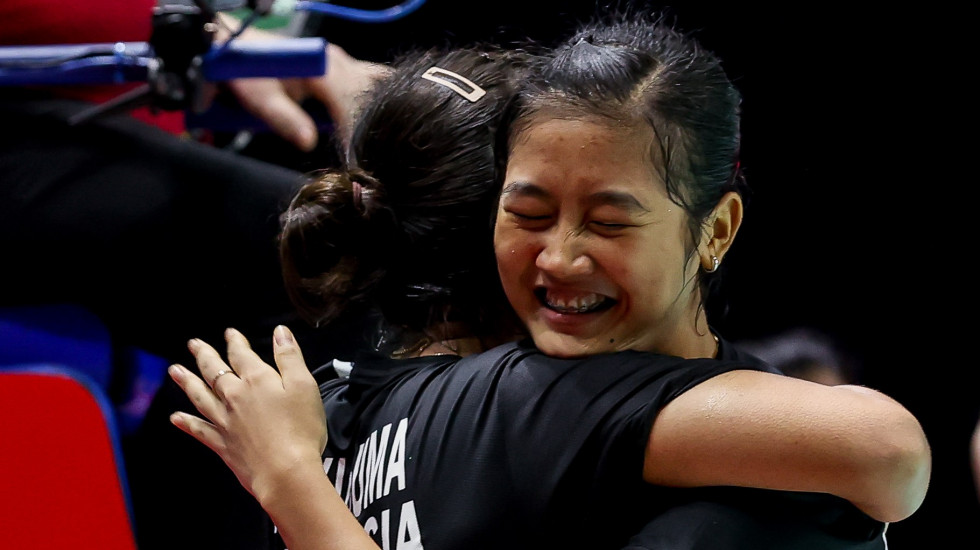 Indonesian duo Febriana Dwipuji Kusuma/Amalia Cahaya Pratiwi claimed a gigantic win over No.8 seeds Pearly Tan/Thinaah Muralitharan in the second round of the Indonesia Open 2021.

Ranked 183 places lower than their rivals, the young Indonesians outplayed the Malaysians to take the match 14-21 22-20 21-17. The duo said they entered the tournament without expecting anything, let alone claiming their first-ever win over a top 20 pair.

“We are so happy to win. We came into the competition without setting a goal. We just wanted to make the most out of the match today,” said Pratiwi.

After a gruelling 81 minutes on court, 20-year-old Kusuma said the pair were stunned by the result.

“After we lost the first game, we knew we had to make our comeback from point zero. We feel good about the win, but we don’t want to get too over confident about it.”

“That was physically demanding and we are not wanting to get too far ahead of ourselves with a goal, but we will go into the next match wanting to do our best. We also want to enjoy it,” added Pratiwi.

They take on last week’s champions Nami Matsuyama/Chiharu Shida in the quarterfinals.