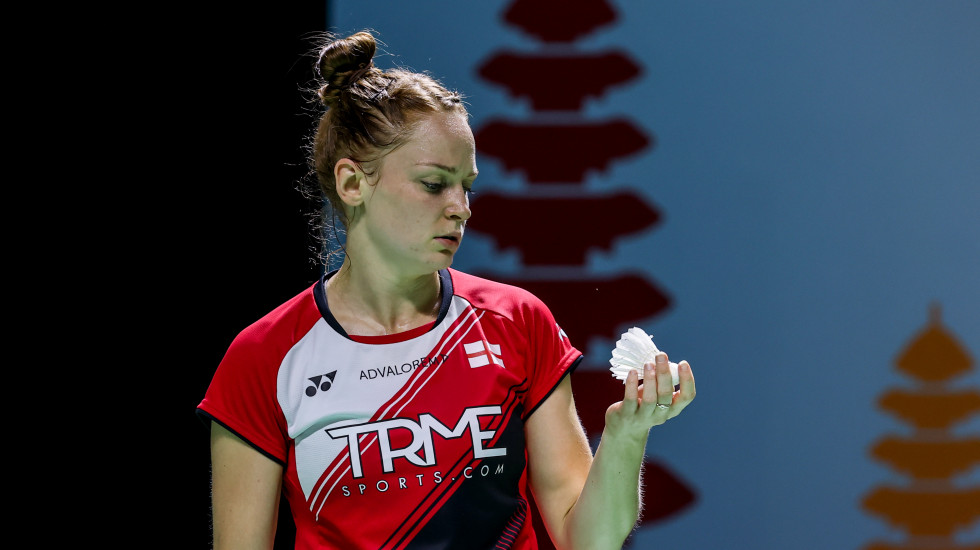 A second consecutive defeat to lower ranked opponents in as many weeks left Lauren Smith a frustrated figure at the Bali International Convention Centre.

“It’s not so much the loss, it’s more the performance,” said a tearful Smith.

“I haven’t got anything good to say about the way I performed there. We lost quite horrifically.”

Coming to Bali on the back of a long stretch of tournaments in Europe has been gruelling for the players but physical fitness wasn’t the issue for the 30-year-old.

“Physically I’m fine. I’ve recovered from last week and I’ve had plenty of good training. It’s more mental. The focus and quality of my serve and return were terrible. Lots to work on.”

Ellis added: “Last week we came off quite frustrated with our serve and return.

“We lost a lot of easy points and in a hall like this, I don’t think it’s an excuse. Maybe in patches, it was a little better than the last time we played them, but actually, the rest of the game was probably worse. We’re going to have to get better for what’s about to happen next week (at the HSBC BWF World Tour Finals 2021).”

Ellis/Smith are currently ranked third in the Race to Bali standings and can almost be certain of a spot at next week’s tournament but the English duo will need to bring their best to compete with the top pairs.

“The thing our opponents know is when we’re at our best, they should expect a physically tough match and we haven’t been doing that lately. We need to stick our heels into the ground a little bit more and say: ‘you know what, we’re not having that’, and carry on with what we want to do. Perhaps a little more resilience on our part, not falling apart too quickly could really help us,” Ellis said.